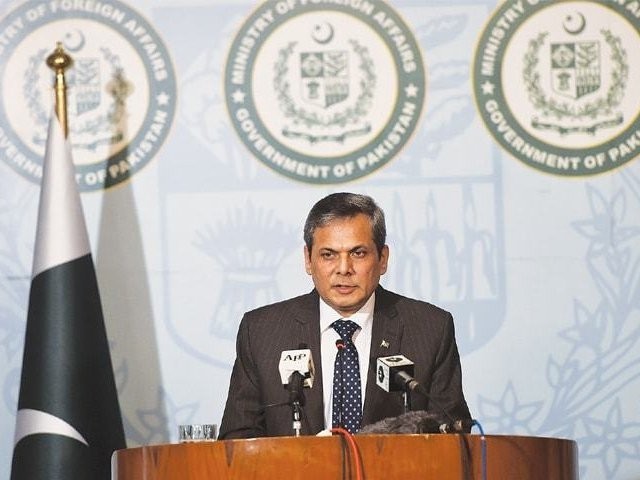 The spokesperson said that the hostile agencies of the neighbouring country are using TTP militants to further establish contacts with the enemies of Pakistan in order to disturb peace in the country.

“Confession of serving naval officer of India, Kulbhushan Yadav, is also solid evidence of Indian involvement in terrorist activities in Pakistan,” he was quoted as saying.

Zakaria further said that India’s nefarious designs to sabotage Pakistan’s efforts to eliminate terrorism have been exposed by its media, a day after a senior Indian analyst wrote in Hindustan Times that his country was using TTP as a card against Pakistan.

Bharat Karnad, professor for national security studies at the Centre for Policy Research and author of Why India is Not a Great Power (Yet), wrote, “Severing relations with TTP will mean India surrendering an active card in Pakistan and a role in Afghanistan as TTP additionally provides access to certain Afghan Taliban factions.”

This, he added, together with “the Abdul Ghani regime’s desire for India’s presence and the tested friendship with Abdul Rashid Dostum and his Tajik-dominated ‘Northern Alliance’, ensures that no solution for peace in Afghanistan can be cobbled together without India’s help”.

The analyst believes that Mattis will request India to moderate its support for the TTP as it could be useful as an Indian counterpart to Hizbul Mujahideen, Lashkar-e-Taiba, and Jaish-e-Muhammad. However, he maintained that the US official returning home empty-handed would not hurt relations with the US at all because there’s China; and the US needs India to strategically hinder it.

Earlier this year, in April, the Pakistani military released a video confession of a senior militant leader who gave rare insight into the working of terrorist groups, including murderous TTP’s connections with Indian and Afghan intelligence agencies.

TTP’s former spokesperson Liaquat Ali, better known by his nom de guerre Ehsanullah Ehsan says the TTP leadership received funds from India and carried out terrorist attacks in Pakistan at their behest. “They pushed TTP’s foot soldiers to the front-lines to fight against Pakistani security forces while they themselves hid in safe havens,” he added.

Pakistan has long insisted that Afghanistan’s National Directorate of Security (NDS) and India’s Research and Analysis Wing (RAW) are funding and helping the TTP, and its affiliates, carry out terrorist attacks in the country.

Let the country run as per Constitution, pleads Nawaz