Alibaba in talks to buy big stake in Telenor Bank

Alibaba in talks to buy big stake in Telenor Bank

May acquir­e 40% stake in the microf­inance bank for $100 millio­n
By Salman Siddiqui
Published: September 21, 2017
Tweet Email 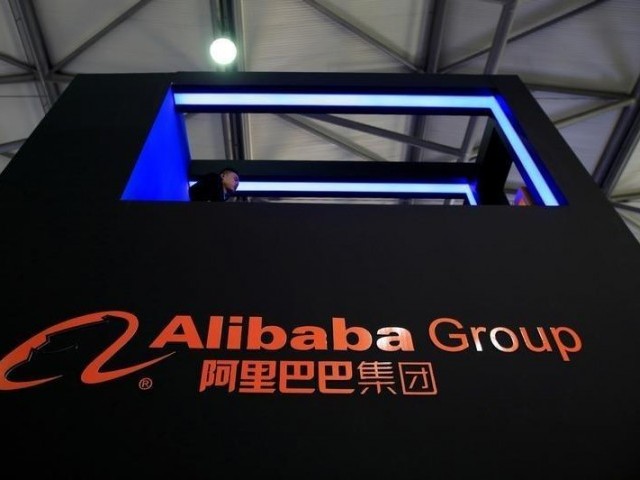 KARACHI: Consumers in Pakistan may be able to make online payments globally through Alibaba Group’s Alipay as the Chinese third-party mobile and online payment platform is in advanced talks with a local financing and technology company to finalise details of share purchase.

Alipay is in talks with Telenor Microfinance Bank Limited for acquiring a significant stake in the company, industry officials confirmed to The Express Tribune.

“We have received a due diligence request from Telenor Microfinance Bank,” acknowledged a State Bank of Pakistan (SBP) official.

It is mandatory for every bank in Pakistan to seek the central bank’s permission for due diligence for stake sale to a third party.

Even if the two parties agree to execute a sale and purchase agreement, the deal remains subject to approval of the central bank and other regulators.

“Alibaba’s team has been engaged (in discussions) with Telenor Bank for the past two months and they are at an advanced stage now,” an industry official revealed.

Telenor Group, which holds 100% stake in the fintech, wants to keep majority shares. However, “Alibaba may acquire up to 49% stake, if the business deal is done successfully,” said the official.

There is talk in the market that Alipay is acquiring a 40% stake in Telenor Bank at a price of $100 million. Former prime minister Nawaz Sharif met with Alibaba Group founding chairman Jack Ma in Davos earlier this year where the latter expressed interest in investing in Pakistan’s e-commerce sector.

In April 2017, Sharif met Alibaba President Michael Evans and discussed opportunities for introduction of the global e-commerce giant in Pakistan. Later in mid-May, the former premier visited the Alibaba headquarters in China and signed a memorandum of understanding.

Responding to the request for comments on the status of advanced talks and due diligence, Telenor Group Communications Vice President Atle Lessum said in an email, “As a principle, Telenor never comments on rumours and speculations.”

None of the officials contacted neither contradicted nor confirmed the development.

Finance Minister Ishaq Dar, while presenting the budget for 2017-18 in the National Assembly in May, had announced that the government would establish an e-gateway for online global payments.

“In order to facilitate transactions through mobile banking and e-gateway systems, the government is establishing a state-of-the-art e-gateway at the SBP at a cost of Rs200 million,” Dar said.

The Economic Survey of 2016-17 said Pakistan’s ranking on the Financial Action Task Force list has improved from Grey to White, “which will enable entry of credible international players like PayPal.”

They were targeting to increase the transactions to Rs700 billion this year, “which is equivalent to 3% of Pakistan’s gross domestic product,” he said.

He maintained that Pakistan’s e-commerce was growing at a rapid pace. It is worth $150 million (Rs15.75 billion) now and is anticipated to increase to $1 billion by 2020. “Daraz.com made sales close to $1 billion on Black Friday (in Pakistan),” he said.

Beginning its journey in 2005, the bank maintains a portfolio of around 1.9 million borrowers, 3.1 million savers and 9.2 million Easypaisa mobile accounts with 184 touch points and approximately 110,000 easypaisa agents across Pakistan, the report added.