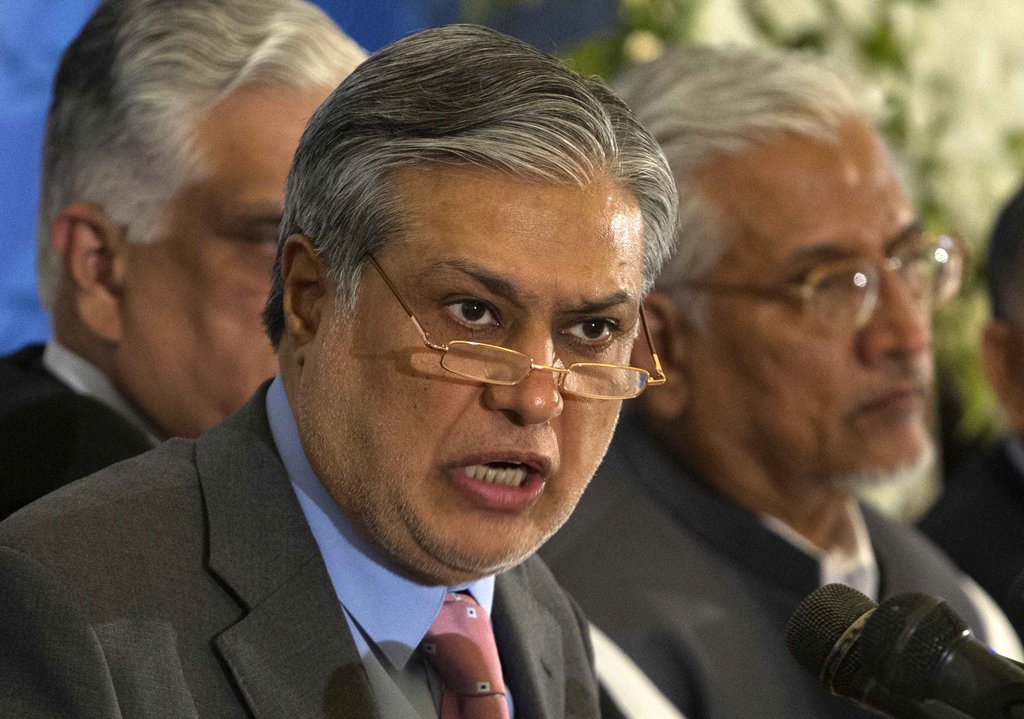 The court, while issuing bailable arrest warrants against a surety of Rs1 million and one surety to the satisfaction of the executing officer, ordered the finance minister to appear before the court on September 25.

During the hearing, Dar’s staff officer Fazal Dad informed the court that summons had been received and the finance minister was aware of the case, however, he was in London on a private visit. “His seat was confirmed and he had to return but he couldn’t,” the official said.

In its order, the court noted that the summons was handed over to the minister’s driver and his protocol officer was also informed. Accountability Court Judge Muhammad Bashir also noted that the previous summon was returned with proper execution as the statement of the driver was annexed with it.

The judge had last week summoned five members of the Sharif family on September 19 and Dar on September 20 (today) in four references filed against them. He was summoned for allegedly possessing assets beyond his known sources of income in one reference filed against him in line with the Supreme Court’s April 28 judgment.

In the reference, the NAB said it had yet to determine the role of the National Bank of Pakistan’s president and others over their alleged involvement in “aiding and abetting” the finance minister to make a 91-time increase in his assets within a short span of time.

A day after the trial in corruption cases against the ruling family and Dar officially began, the court issued summons to all the accused in all four references.