The advert­isemen­t featur­es no image of a condom, but stoked outrag­e for its slogan 'Play with love this Navrat­ri'
By AFP
Published: September 19, 2017
Tweet Email 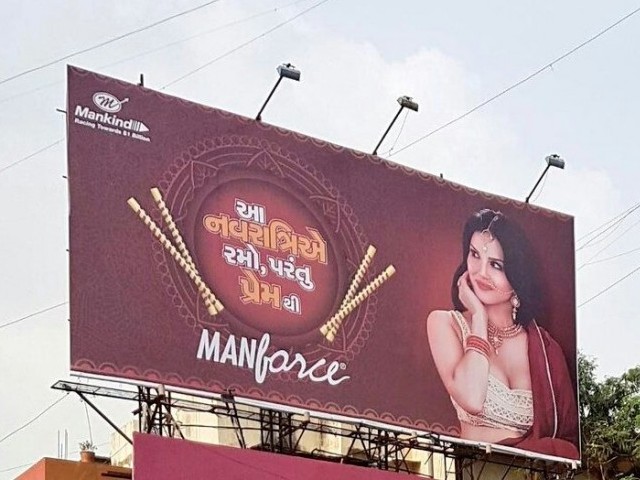 The image of Sunny Leone, a Canadian actress of Indian origin, advertising contraceptives ahead of the religious celebration of Navratri proved too much for some in the western state of Gujarat.

The advertisement features no image of a condom, but stoked outrage in conservative India for its slogan “Play with love this Navratri”.

In a written complaint, the Confederation of All India Traders accused the condom manufacturer behind the risque ad of taking marketing “to an all-time low”.

“This is an immature attempt to boost sales by putting all our cultural value at stake”, the traders group said in a statement. 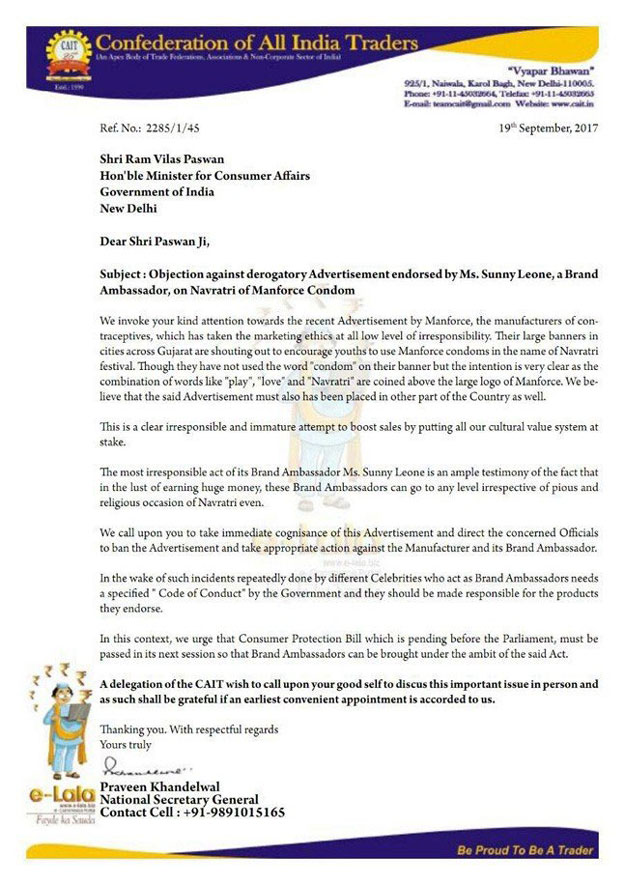 The group took particular umbrage at the link between sex and Navratri, a nine-day Hindu festival of fasting and prayer.

Leone is brand ambassador for Manforce, India’s largest condom manufacturer, and one of its most searched celebrities online.

PM should stop ’embarrassing’ Pakistan with his statements: Ch Nisar