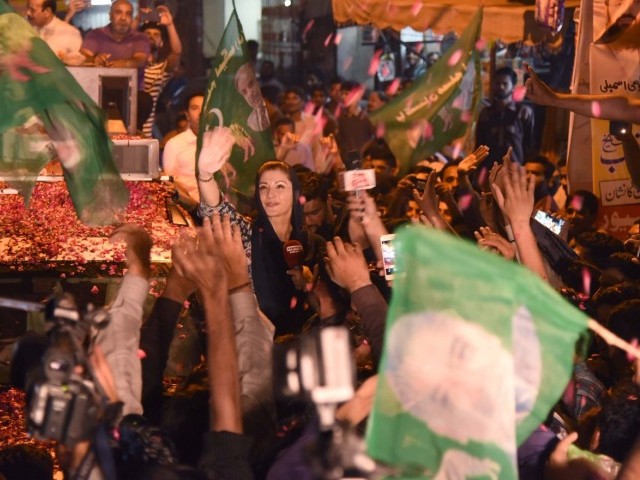 Never mind the hype surrounding the epic electoral contest in Lahore that would supposedly settle once and for all whether the Supreme Court ruling on the Panamagate affair was popular with the people or not. Several hours before the first NA-120 by-election unofficial result was in, it became abundantly clear that the contest was never going to settle that question nor was it meant to. To suggest that it did, however, would be a fabrication based upon fallacious reasoning that overzealous political workers from both sides of the divide and the media would have devised for their own narrow interests. Neither does the margin of victory solely imply a major dent in the vote-bank of the ruling party, as has been claimed. With 61,000-odd votes, Kulsoom Nawaz may have polled fewer votes than her spouse (91,666) did in the 2013 election to emerge as winner but PTI candidate Dr Yasmin Rashid, despite her spirited campaign, mustered only 47,066 votes or almost 5,000 votes fewer than in 2013. Both parties lost votes in the race — which is not all that unusual considering the total number of contestants (44) and the disappointingly low voter turnout (33pc).

The Lahore by-election result was wholly unsurprising if anything. Consider for a moment what the outcome of similar electoral contests would be in Larkana IV (NA-207) or Lyari (NA-248). Anyone not on a PPP ticket would find it virtually impossible to snatch victory from the jaws of defeat. Things were not too different either in Karachi’s Azizabad constituency, as evidenced in an April 2015 by-election, when the Muttahida Qaumi Movement, despite being on the wrong side of the establishment, romped home to victory. Just like the PML-N now, the MQM then polled about 40,000 votes fewer than it did in the 2013 general elections.

Perhaps one of the more interesting aspects of Sunday’s race was the emergence of the Milli Muslim League, the political wing of the outlawed Jamaatud Dawa. Testing the ECP’s patience, the MML gained visibility and flexed its power in the high-profile contest despite objections about its presence in the poll. The by-poll will eventually be remembered as the first constituency where biometric verification machines were used to authenticate voters. More power to the voter.