Ask Asad: I love a married woman. How should I marry her now when she is divorced but I’m engaged?

Ask Asad: I love a married woman. How should I marry her now when she is divorced but I’m engaged?

I want to marry the woman for whom I waited for 9 years, but I am engage­d to my cousin now
By Asad Shafi
Published: September 18, 2017
Tweet Email 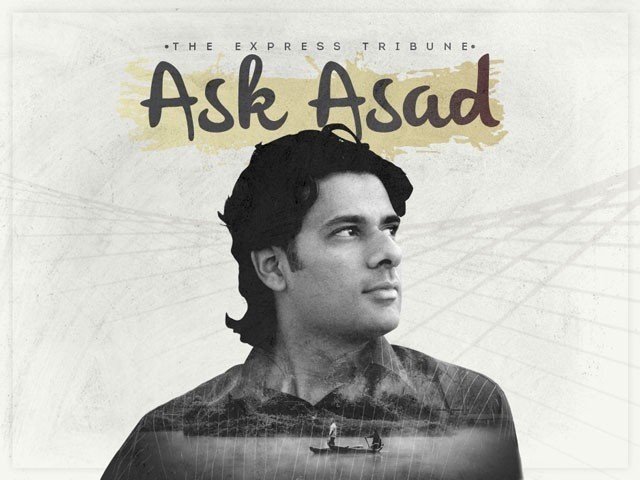 For the past nine years, I have been madly in love with a married woman. Let me tell you when I fell in love with her, I had no idea that she was married. At first, I thought she was single. A few months later, I discovered about her marriage and that she had two kids. Her husband was working abroad.

Ask Asad: After 8 years of marriage, I no longer like my husband. What should I do?

When I confronted her about her marital status, she told me that she was in a bad relationship with her husband. She claimed he would get a divorce soon after which she would be free to marry me. But, she wanted some time, at least three to six months, to get a divorce from her husband. This made me happy and I started waiting for her divorce. Months turned into years but she kept on asking me for more time. Four years went like this and I started losing hope. Under the immense pressure of my family, I got engaged to my friend’s sister later.

When she learnt about my engagement, she promised me that she would divorce her husband and marry me in the next six months. I believed her naively and ended my engagement against the wishes of my family. But, even after six months, she did not get the divorce.

Later, she along with her kids, went abroad to visit her husband, assuring me that she would be separated from him as soon as she was back, but my wait continued. Five more years went like this and her divorce was not in sight anytime soon.

A month ago, I got engaged again on the request of my family and this time to my cousin. When she learnt about my second engagement, she got furious and cut off all ties with me. Surprisingly, just after a few days she texted me and claimed that she had gotten a divorce and was now ready to marry me.

Ask Asad: My husband cheated on me when we’re expecting our first child. What should I do?

I am in a very tough and depressing situation now. I want to marry the woman for whom I waited for nine long years. She is the love of my life and I believe I will be very happy with her. At the same time, I cannot break my engagement with my cousin without ruining terms between our families. My family will never forgive me if I did anything wrong this time. I curse myself for giving in to my family’s pressure too soon. Had I waited one more month, I could have married to her easily.

I have no idea what I should do now. I cannot think straight. Please help me.

I am sorry to say but the married woman that you have been in love with for the past nine years is not sincere with you. Throughout these nine years, she has taken you for a ride and treated you like a stupid person. If she had really been serious about you, she would not have made you wait for nine years. She would have done her best to be with you earlier. I believe she has no intention of marrying you and most probably never will.

With all due respect, you are equally to blame, if not more, for several reasons. Once you discovered that she was a married woman with kids, you should have stopped seeing her because she was the spouse another man. Secondly, you got engaged to the sister of your friend knowing very well that you love somebody else, hence you thought of your ex-fiancé as someone who you could dispose of easily(and you even did that) once things got better with the married woman. Lastly, now you are again thinking of ways to end your second engagement. Please do not do that. The woman, who you think is the love of your life, is not worth it.

Ask Asad: How should I stop myself from falling into the trap of procrastination?

Stop berating yourself for getting engaged again and not waiting for her longer than you already have. Even if you had waited one more month, nothing would have changed. She still would have kept on stringing you along. And how very convenient that she got a divorce as soon as she realised that you were now committed to someone else and this time, unlike last time, you would not be able to squirm out of it.

I am not doubting your love or your intentions towards the married woman. But please understand that some things in life are either not possible or not worth pursuing. They are better off left alone. Please break off this relationship now. It is not going to lead to anywhere. You will just get pain in this relationship instead of happiness.

As you have clearly asked me what you should do as you cannot think straight, then I will be quite direct in my response to you: sever all ties with her and save yourself while there is still time. I know it is easier said than done, especially where the heart is involved but that is exactly what you need to do. Marry the girl that you have gotten engaged to. In the long term, you have much better chances of being happy with your fiancé than with the married woman you love.

I hope you see sense in what I am advising you to do.

Asad is a counsellor, life coach, inspirational speaker and a personal-development expert. He advises on social, personal and emotional issues. You can send him your questions for this weekly column at advice@tribune.com.pk with “Ask Asad” mentioned in the subject line and provide as many details as possible.

Note: The opinions expressed in this article are those of the author and do not necessarily reflect the views of The Express Tribune.

Visit to K-P: Sharif has not learnt a thing, says Zardari