EP reunion: The boys still got it

EP reunion: The boys still got it

Ahmed's rap was just as brilli­ant as it was 14 years ago and the head bangs were just as powerf­ul!
By Rida Lodhi
Published: September 18, 2017
Tweet Email 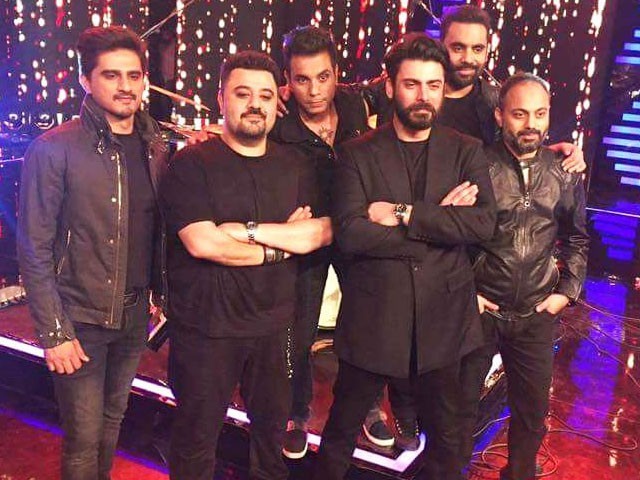 KARACHI  : I’m a quintessential 90s kid. I can watch Andaaz Apna Apna four times in a row. I’ve made my ears bleed while listening to Backstreet Boys. I’ve binge-watched Friends.

That entire decade was as good as it gets. While epic boy bands such as Backstreet Boys, N’Sync, Westlife and Linkin Park rocked international music, there came a Pakistani rock band which I came to adore.

Entity Paradigm, or EP as you might know it, was the band of the decade for some. For me, after Junoon and Vital Signs, it was what I listened to day and night.

Fawad Khan was the ‘it’ guy of the early 2000s as well. With his charming personality, and the fact that he was extremely easy on the eyes, the boy would simply kill.

Emerging as the runners-up in the first season of Pepsi Battle of the Bands, EP introduced a whole new genre of music to Pakistan. They weren’t your typical, old boy bands. They were the epitome of how rock bands around the world were. EP, essentially, was Pakistan’s answer to Linkin Park, and boy, did they check out all the right boxes.

The band seemed heavily influenced by western bands such as Metallica, Megadeath, Limp Bizkit, Rage Against the Machine, Tool, Linkin Park and Oleander, amongst other western music rock artists.

Kahan Hai Tu was the first song that I was hooked on to. I just couldn’t stop treating my ears to it. Then came Waqt and lastly, Hamesha. I truly believe I can never get over the neck pain caused by all that head banging.

So, when rumours were abuzz that EP might reunite to perform once more, you can imagine my exhilaration. And then, it happened: EP did come on stage for the finale of Battle of the Bands and what’s more, lit it on fire!

14 years later, the boys still got it.

if you didn't feel a little (or a lot) emotional watching EP perform, you were never really a fan #battleofthebands

While Fawad rocked the vocals once again, the band had original line-up with Xulfi on guitars, Ahmed Ali Butt on the keyboard and Salman Albert on drums.

Needless to say, it almost felt like a dream. EP gave a power-packed performance and sang one of their most famous songs Hamesha.

It was almost hard to conjure the emotions I was feeling at that point. There were two things I was waiting on impatiently: whether the boys will bring back the head bangs and if Ahmed will wow us with his rap skills once again?

And they did. The rap was just as brilliant as it was 14 years ago and the head banging just as powerful. Fans like myself still just can’t get over the performance.

You can be cool, but you can't be Fawad Khan and Zulfi head banging cool. #EP #pepsibattleofthebands #Needmoremusic #IBeg

Fans were nostalgic after the performance and rightfully so!

Thanks for bringing the memories back with more powerful and strong performance.@zulfiqarjkhan @_fawadakhan_ #EP #Hamesha #BOB

Oohhhhh my Childhood! <3 Fawad Khan still got it! He's destined to be a rock star!
#EP #Nostalgia https://t.co/dUJtF1iNNf

Fans like myself still just can’t get over the performance!

#EP will always be my heart favorite and this song #hamesha is just love❤️ https://t.co/YpNJymNn19

The stage is on legit fire right now#Hamesha #eP #PepsiBattleoftheBands

It has definitely left us all wanting more. Will we see EP perform anytime soon? Only time will tell. Fingers crossed!