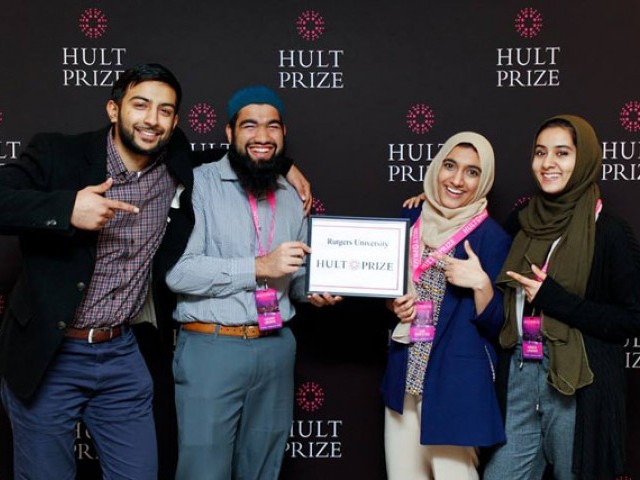 The team competed against five other groups from across the world and won the coveted $1 million Hult Prize on Saturday. PHOTO: Roshi Rides Facebook

Four Pakistani-American students have won the prestigious Hult Prize in the US for their social entrepreneurship business, which envisions a transport network for refugees connecting them to critical services.

Rutgers University students Gia Farooqi, Moneeb Mian and Hasan Usmani and alumna Hanaa Lakhani teamed up earlier this year to launch Roshni Rides, a solar-powered rickshaw transport system which will run on a systematic route with stops along venue of employment, hospitals, schools and markets, according to a post on the Rutgers Business School webpage.

The team competed against five other groups from across the world and won the coveted $1 million Hult Prize on Saturday. The Hult Prize is considered the top student competition in the world and provides a platform for university students to create and launch of social welfare for-profit start-ups.

The student team made around $30,000 in a crowd funding campaign in May and then in the summer ran a pilot project in Karachi’s Orangi Town.

On Saturday, they won $1 million in seed money for their initiative from the Hult Foundation.