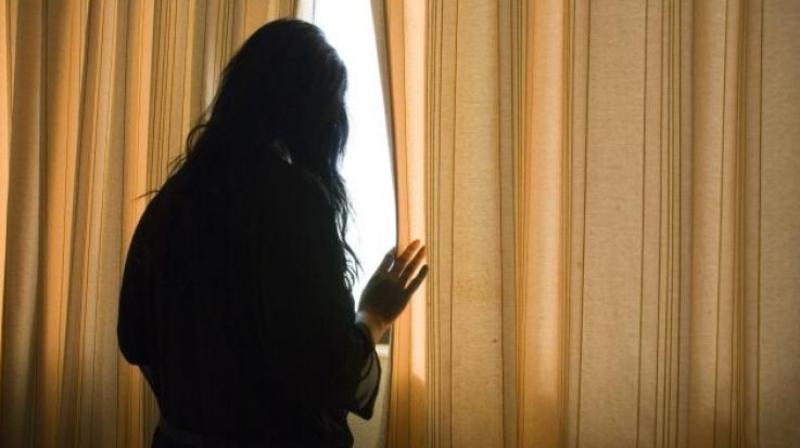 HARIPUR: An Allama Iqbal Open University (AIOU) student has blamed a former coordinator of the university of not only sexually assaulting girls including herself but also of making videos of the incident and was now blackmailing them to extort money.

Police have booked the suspect, identified as Master Liaquat, on court orders, but have failed to arrest him. Liaquat is a resident of Kund Mirabad and works as a teacher in a government school.

The school he works at was, according to some local people, was used multiple times by Liaquat and his coterie of some government officials to trap and rape girls.

The scandal came to fore when one of the victims decided to took her family into confidence and narrate her ordeal. The girl’s family decided to approach the court to bring the rouge teacher to book.

The family filed a complaint with the Haripur police and in due course of the legal procedure, the victim was asked to record her statement before the court. The victim narrated the details of the sexual abuse, how she was filmed and later blackmailed by Liaquat, who would force his victims to bring money or he would make the videos public on social websites.

Police have booked Liaquat under sections 354, 377, 500 and 509 of Pakistan Penal Code. Father of the victim in his appeal for justice has also demanded of the authorities to extern the nominated suspect from the Haripur district to ensure safety and security of the victim during case investigation.

A college lecturer who gives private tuitions to girls has also filed a case against Liaquat. Lecturer Tariq Khan in his application filed with the Haripur police stated that he gives tuitions to girls and some of his students told him about a rouge teacher Master Liaquat who would trap girls, sexually abuse them and also make videos of the crime.

Tariq said Liaquat coaxes AIOU students by offering them better marks in the examinations. Once he gains confidence of the victims, the rogue teacher traps them.

The lecturer said one of these girls showed him such a video and obscene message from the mobile number of the accused. “I was so overwhelmed by the torture these poor souls had suffered that I decided to become a complainant on the call of my conscience,” he said.

According to sources, the accused and his accomplice, all of them said to be government employees, had been doing the heinous crime in a government school building for the last two years.

The rogue teacher was never alone in the crime and never without support. Already, sources said, the influential family of the accused and some political figures have become active and pressuring the victim’s family for a compromise.

According to some sources, a Jirga was expected to be organised soon that might decide to marry the victim with her rapist.

However the family of the victim expressed their inability to confirm it.

Farm forestry a boon for landowners in K-P