Primar­y goal of event is to showca­se ideas and people of Pakist­an
By Our Correspondent
Published: September 16, 2017
Tweet Email 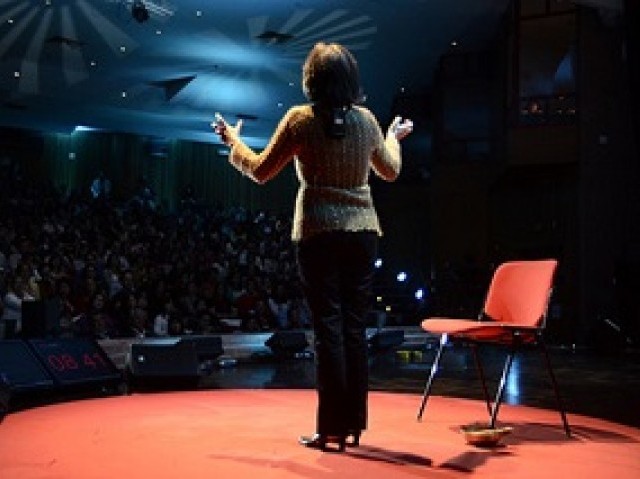 Sharing details of the event, LCWU Institute of Education Assistant Professor and TEDx focal person Dr Asma Shahid Kazi said the primary goal of hosting was to showcase the wonderful ideas and people of Pakistan.

“We want the people to be familiar with our own heroes, their ideas, innovations and journey toward success. LCWU wants to inspire the youth to act, to take charge of their future, and alongside, also develop a spirit of belonging and pride for their country.

Events such as TED can truly be game changers for many,” she said.

Dr Kazi was of the view that there was a disconnection with history in Pakistan and such events would highlight the rich heritage of the country, especially among the younger generation.

She said the event would be held in the first week of December. She said six speakers would present their talks at the one-day event.

“We have decided that out of the total six, two of the talks will be in Urdu,” said Dr Kazi.

“One talk will be entertainment-centric presenting Pecha Kucha – a presentation style in which 20 slides are shown in the span of 20 seconds.”

She said the purpose for introducing the fast-paced presentation style was to show students that there were different and innovative ways around every problem.

Talking to The Express Tribune on Friday, LCWU Vice Chancellor Dr Uzma Qureshi said the purpose of organising the TED Talk at the varsity was to highlight Pakistan’s talent and showcase people who have come up with indigenous solutions to various of the country’s problems.

“The experience would inspire our students and teach them that every filed of work was accessible to them,” she voiced hope.

“It is an effort to give students role models. A university’s role is not only to provide professional education to its students, but also give them the ability of critical thinking. What TED Talk can do for our students is that it can give them a chance to learn from experiences of others.”

TED stands for “Technology, Entertainment, Design” and is a conference series that was started by Richard Saul Wurman in 1984. In 2001, TED was acquired by Chris Anderson, who oversees all TED conferences today and acts as the curator for the thousands of talks that can be viewed at TED.com.