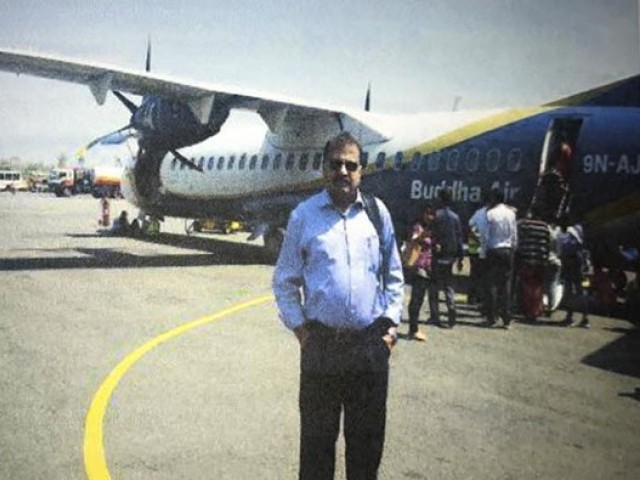 ISLAMABAD: There has been no success in the efforts to trace the whereabouts of a retired army colonel who had gone missing from Nepal last year, the government told the upper house of parliament on Wednesday.

Col (retd) Habib Zahir – a resident of Rawalpindi – went missing from a Nepalese town, bordering India, in April 2016. Purportedly, he was offered a job at an international organisation working in Nepal.

Winding up discussion on an adjournment motion on Zahir’s disappearance, Minister for Law Zahid Hamid said a probe had revealed that retired officer had received call from a UK telephone number, which later turned out to be a fake VOIP number.

Without directly accusing India, the minister – who was speaking on behalf of the foreign minister – said website on which the advertisement for the job was published, was being operated from India and was taken down immediately after the incident. The organisation did not exist either.

According to the minister, investigations carried out so far revealed that the people, who received Zahir after he landed in Nepal and booked a hotel room for him, were all Indian nationals.

Pakistan has taken up the matter with the governments of Nepal and India. However, the Indian government in repose to Pakistan’s request for assistance in locating Habib, intimated back in June last year that since he had gone missing from Nepal, it could not extend any help, he added.

Responding to another adjournment motion regarding the Indian prime minister’s visit to the US and the signing of a number of defence agreements between the two countries, the law minister said the Ministry of Foreign Affairs had given a detailed statement as soon as these agreements were signed.

“Pakistan believes sale of drones, nuclear submarines and other sophisticated military equipment to India would destabilise the region,” he said. “We have also conveyed our strong reservations to Senator John McCain, Chairman of the US Senate’s Armed Services Committee, during his recent visit to Pakistan.”

He said Pakistan had made it clear to the world that indigenous struggle of Kashmiris for their internationally accepted right of self-determination could not be equated with terrorism.

In his remarks, Senate Chairman Raza Rabbani said Pakistan should also make it clear to the US that it would not accept India as the new policeman in the region.

The house also had a discussion on the genocide of Rohingya Muslims in Myanmar. The session was, however, adjourned when the JUI-F’s Attaur Rehman pointed out lack of quorum when the members were speaking on the president’s address to the joint session of parliament.