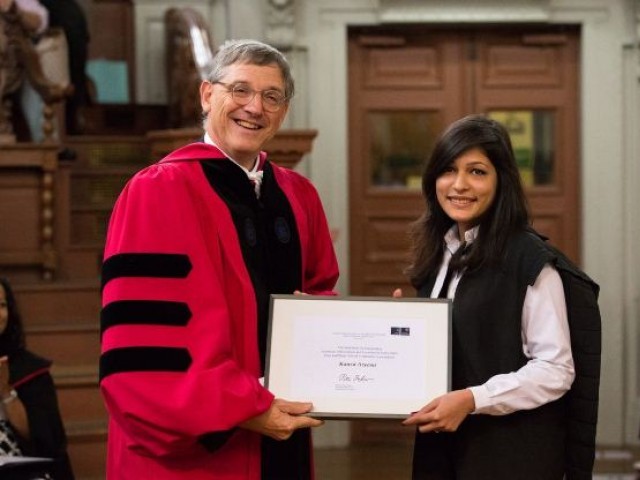 A Pakistani woman has been awarded the highest academic honour as an MBA student at the University of Oxford, UK.

According to a press release, Kanza Azeemi received the respected Saïd Prize as she completed her MBA from Saïd Business School at Oxford University. She achieved this position among a class of 327 students from 58 countries.

The Saïd Prize is awarded to one MBA student for outstanding academic excellence and contribution to the MBA programme and the wider Oxford community, the statement added.

While presenting the award, Dean Tufano acclaimed Azeemi’s position on the Dean’s Honour List and the events she organised as the elected Co-Chair of the Women’s Leadership Oxford Business Network working to promote women in leadership positions and striving for gender equality.

Azeemi graduated from Lahore University of Management Sciences with a major in Economics (distinction) in 2013.

Rohingya – a tale of geopolitics at heart