Within days of 9/11, media from all corner­s of the world descen­ded on Islama­bad
By Kamran Yousaf
Published: September 12, 2017
Tweet Email 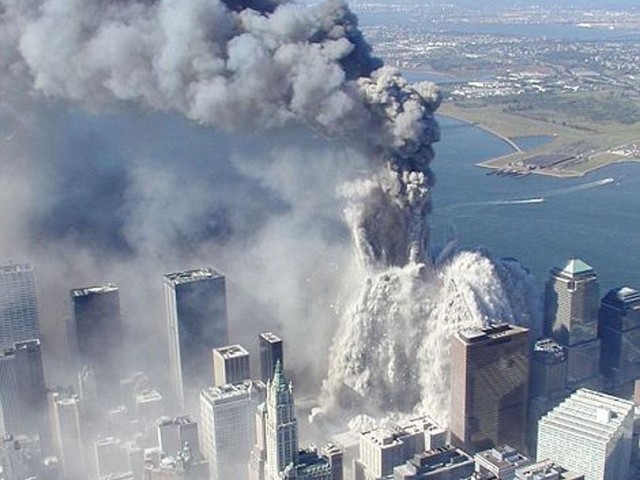 The year was 2000. Those were still early days of my journalistic career. Islamabad was then known as a peaceful city. There were no restrictions on ordinary people to stroll around Constitution Avenue, where all key government installations are located.

You could walk up to any foreign embassy without hindrance. In fact, the public transport used to pass through the diplomatic enclave. Local residents and even visitors from outside gathered for an evening walk at the famous parade avenue just in front of the presidency and parliament.

But all this would change. Just before sunset on September 11, 2001, the state run-PTV started transmitting live footage of passenger planes hitting the twin towers in New York. Ordinary people in Pakistan had no idea at the time that the incident happening thousands of miles away from their homeland would be a watershed moment for them and their country.

Within days of 9/11, media from all corners of the world descended on Islamabad. The reason was that the then Bush administration blamed al Qaeda for being behind the biggest terrorist attacks in American history. Al Qaeda and its main leadership were operating out of Afghanistan under the patronage of Afghan Taliban, whose rule was recognised by only three countries, including Pakistan. Therefore, it was a foregone conclusion that given Pakistan’s historic ties with the Taliban and its proximity to Afghanistan, it was going to be a front-line state for the US-led offensive.

The central role Pakistan acquired in the post-9/11 attacks might have provided much-needed international legitimacy to Gen Pervez Musharraf’s military rule, but it brought along with it the kind of destruction that would haunt the country for many years.

Islamabad virtually became no-go city in the aftermath of the 9/11 attacks. Constitution Avenue became a red zone meaning the freedom and liberty being enjoyed by ordinary citizens had to end. Security check posts, road blocks and heavy presence of security forces have become a new normal in Islamabad.

Before 9/11, there was only a single recorded suicide attack in Pakistan’s history. But post 9/11, hundreds of such attacks took place. The US might have had one 9/11 but Pakistan had dozens.

Some semblance of normalcy has returned to Pakistan in recent years thanks to a sustained counter-terrorism campaign in the tribal belt and settled areas. But not before paying a colossal price. Pakistan lost, according to official estimates, around $123 billion since 9/11 attacks. But more than the material loss, countless innocent lives were lost.

People still debate and ask what would have been the situation had there been a democratic dispensation in Pakistan at the time of the 9/11 attacks. Could Pakistan have handled the situation differently? Could we have struck a better bargain with the Bush administration?

Some would argue that it’s easier to talk wisdom in hindsight. True, even if today we find the right answers to all those questions, this can never undo the damage already inflicted on Pakistan. But the honest appraisal of our internal decision-making process of the past can help us avoid the similar fate. Most of the decisions Gen Musharraf took after the 9/11 attacks might still lie buried under secret files. But the available account of those who worked with the former strongman suggests that Musharraf had kept even his commanders in the dark about his secret dealings with the US. Lt General (retd) Shahid Aziz was one of his close aides at the time. He told me in an interview back in 2009 that after the 9/11 attacks Musharraf convened the corps commanders’ conference. During the meeting, Gen Aziz revealed, it was decided that Pakistan would stay neutral in the US-Afghan Taliban war.

Some months later, it emerged that Musharraf had not only agreed to side with the US but also allowed American forces to use Pakistan’s airspace as well as airbases. Ironically, at the same time the Musharraf regime was in contact with the Taliban. Just days after the 9/11 attacks, a high-level Taliban delegation visited Islamabad. Former ambassador to Afghanistan Rustam Shah Mohmand, who was serving in the Foreign Office at the time, was privy to the discussions between Musharraf and the Taliban delegation. Musharraf, according to Mohmand, assured the visiting delegation that Pakistan would never abandon the Taliban. Upon hearing this, Taliban leaders got so emotional that they were all praise for Musharraf and hugged him in the middle of the meeting. Those two accounts of different meetings can give you a clear insight of how an individual had been determining Pakistan’s ‘national interest’ and its fate.

Sixteen years on, Pakistan is again in the spotlight after Trump accused Islamabad of turning a blind eye towards certain militant outfits. Pakistan is perhaps the only country, which has always been at a crossroads ever since it gained independence in 1947. Unlike, at the time of the 9/11 attacks, today Pakistan theoretically has democratic rule. Therefore, civilian leaders now have the chance to make the right call.