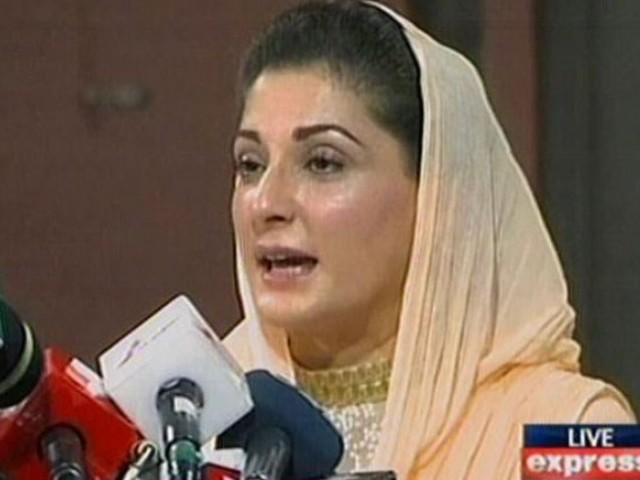 LAHORE: Federal and provincial ministers continue to take part in the election campaign of Begum Kulsoom Nawaz in NA-120, flouting the election code of conduct issued by the Election Commission of Pakistan (ECP) for by-elections.

The campaign for the National Assembly seat from Lahore is being led by Maryam Nawaz, the daughter of the candidate and the ousted PM Nawaz Sharif, but federal Minister for Commerce Pervez Malik, provincial Minister for Primary and Secondary Health Khawaja Imran Nazir and MPA Majid Zahoor are also active in the constituency, despite a ban.

Maryam launched the election campaign immediately after Eidul Azha, visiting the constituency on a daily basis, addressing party supporters. During her visits, Maryam was frequently accompanied by federal and provincial ministers and party legislators.

Under the ECP’s code of conduct, public office-holders cannot participate in election campaigns. Notices, it is learnt, have already been served by the ECP on several PML-N leaders, but with no effect whatsoever.

On Saturday, Pervez Malik, Khawaja Imran and Majid Zahoor shared the stage with Maryam who addressed traders in NA-120.

“I bring Nawaz Sharif’s review petition in your court… you must give your verdict on September 17,” said Maryam while addressing members of the business community on Queens Road.

Describing the NA-120 by-election crucial for the country’s future, she said: “Sanctity of the vote will be restored through this decision… it will also prevent certain elements from disrupting political governments.”

She said when Nawaz Sharif assumed the office of the PM in 2013, his government was faced with huge challenges of power outages, economic crisis and a rising tide of terrorism.

The Sharif’s government, she said, successfully tackled all these problems, insisting that “Nawaz Sharif is integral to Pakistan’s success and prosperity”.

Maryam said that the PTI’s public gathering at Qartaba Chowk proved that Lahoriites had rejected politics of conspirators.

“Why can’t Imran Khan be man enough to face Nawaz Sharif on his own? Why does he always have to hide behind umpire’s finger, ECP and the judiciary?”

She said that people should ask what the PTI had done for the people of Khyber-Pakhtunkhwa. They should reject the political parties criticising development works in Lahore, she added.

Alluding to the PTI, she said that they even criticised “our police, who rendered their lives for our safety”.

Referring to the Panama Papers case, she said: “Our internal family matters were discussed in courts in a case that focussed primarily on corruption.”

She said that Nawaz had been disqualified even when nothing had been found against him.

‘We should respect each others’ beliefs’