Union leader­ship says a large number of teache­rs are unhapp­y with situat­ion
By Our Correspondent
Published: September 10, 2017
Tweet Email 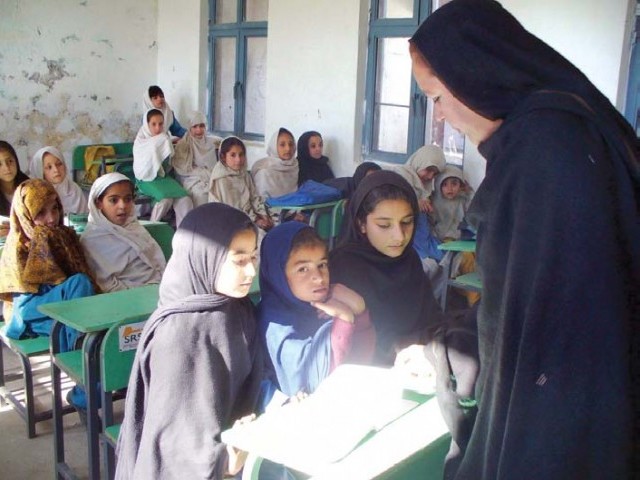 LAHORE: Irked by a sea of changes in service incentive package, the Punjab Teachers’ Union (PTU) has vowed to take up the issue on September 16 by staging a sit-in in front of the Punjab Assembly.

In a statement issued on Saturday, the PTU said the up-gradation policy of the Punjab government would impede promotions.

Through this policy the in-service teachers would retire in the same pay scale they were currently working on. “The current policy will result in teachers’ retirement in the same grade they are working today and a current public schoolteacher will not get a promotion,” the statement read.

PTU leaders, including Central President Chaudhry Muhammad Sarfaraz, General Secretary Rana Liaquat Ali, Rana Anwar, Rana Altaf and others said after the scale up-gradation, teachers should have been happy but they were concerned instead.

“We believe that this has been done on purpose and is a conspiracy against the community of public schoolteachers,” the statement said.

The leadership of the PTU alleged that the whole scale up-gradation process was changed as part of a ‘conspiracy’ against the public school system of the province. They said that a large number of teachers were unhappy with the situation.