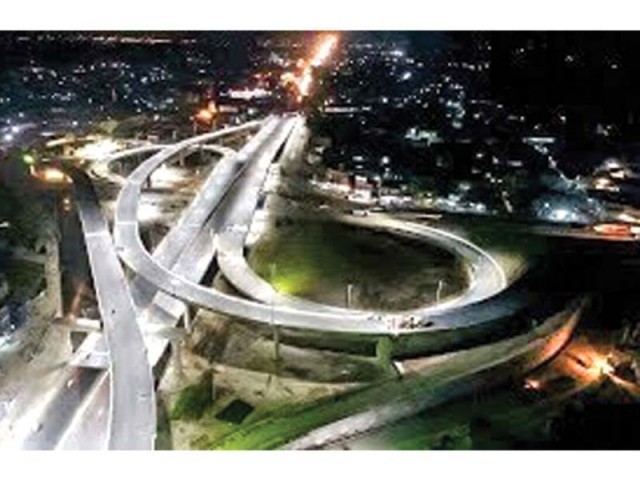 GUJRANWALA: The local administration of Gujranwala is all set to inaugurate the much-awaited Pindi Bypass Flyover on September 30, after repeated delays since 2013.

An official, requesting anonymity, told APP that another delay was feared if Met office’s prediction of more rains later this month becomes true. He added rain played havoc with the project’s pace of work and the accumulated rainwater dried in two weeks from the area. He admitted that a unrealistic approach was adopted in the construction of the project and miscalculation of time consuming in-situ (on spot) technique caused repeated delays and ultimately enhanced its cost.

“The completion of such a big project in 10 months on modern lines was just a day dream,” he maintained.

Most of the flyovers were constructed earlier on precast method in which components were manufactured in a central plant and later assembled on site, consuming less time in comparison, he pointed out. Meanwhile, Gujranwala Development Director Qasim Hameed said the project’s earlier cost was Rs6,672 million.

However, it was later enhanced to Rs7,358.848 million due to add-on projects of roads, sign boards and horticulture work under and around the flyover.

“The multi-loop facility would not only accommodate locals but will also save time of the commuters using GT Road for upper parts of the country or heading to Lahore,” Qasim said.

Gujranwala District Bar President Nasarullah Gill remarked, “The junction was the epicentre of the city’s traffic movement that used to remain clogged for hours and the facility would give citizens a sigh of relief.”

Earlier, the National Engineering Services Pakistan (NESPAK) was assigned the task of a detailed design by the Communication and Works Department for a signal-free interchange at Aziz Cross, Gujranwala as the traffic system required uplift in level of service and quality.

The project comprises construction of a main flyover of three lanes on either side for traffic coming from Rawalpindi and Lahore entering into or exiting Gujranwala City. Besides, two loops were provided, leading to eastern and western side bypasses.

The arrangement provided a partial cloverleaf pattern at the interchange. Elevated directional ramps have also been installed, which will lead the traffic coming from eastern and western bypasses towards Rawalpindi and Gujranwala city.