SMART patrolling system to be tested in Pakistan

SMART patrolling system to be tested in Pakistan 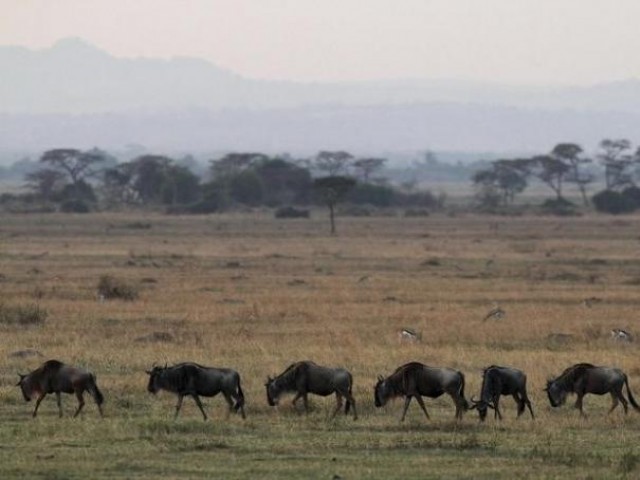 ISLAMABAD: Wildlife experts have called for setting up special monitoring and reporting tools (SMART) to protect wildlife and their habitat in the country from poachers and the subsequent illegal trade.

The experts were speaking at the concluding session of a three-day consultative and capacity building workshop organised by the World Wildlife Fund-Pakistan (WWF-Pakistan) in collaboration with the Ministry of Climate Change (MOCC) in Islamabad on Wednesday.

The experts underlined that Illegal wildlife trade was a serious criminal industry worth billions of rupees and it was driving Pakistan’s iconic wildlife to extinction, jeopardising the future of biodiversity-rich hotspots.

Speakers highlighted that with the support of smart technology, a coordinated action was required across the value chain to tackle wildlife trade.

The workshop tried to identify priority national parks and other protected areas where a toolkit on Zero-Poaching would be deployed and the Spatial Monitoring and Reporting Tool (SMART) would be implemented for protecting wildlife and their habitats apart from controlling their illegal trade.

Officials of provincial wildlife departments and other relevant government organisations participating in the workshop vowed to break trafficking networks in the country by establishing a strong monitoring network headed by the Ministry of Climate Change.

The participants also condemned the killing of a forest guard by poachers on Tuesday and stressed that the SMART Patrolling Programme could ensure that life of forest guards was not lost.

During the workshop, it was revealed that the Saker and Peregrine falcons, freshwater and marine turtles, Indian pangolin and several other species of mammals, reptiles and birds were among the commonly traded wildlife in the country.

The pelt trade of species such as snow and common leopards and other fur animals was also a key conservation challenge. Most of these animals are listed in the Convention on International Trade in Endangered Species of Wilde Fauna and Flora (CITES), which means their commercial international trade in any form is prohibited and Pakistan is a signatory to CITES.

Wildlife officials underlined that the key issues they face in protected areas including deforestation and poaching, encroachment, lack of manpower and training opportunities, as well as the paucity of funds.