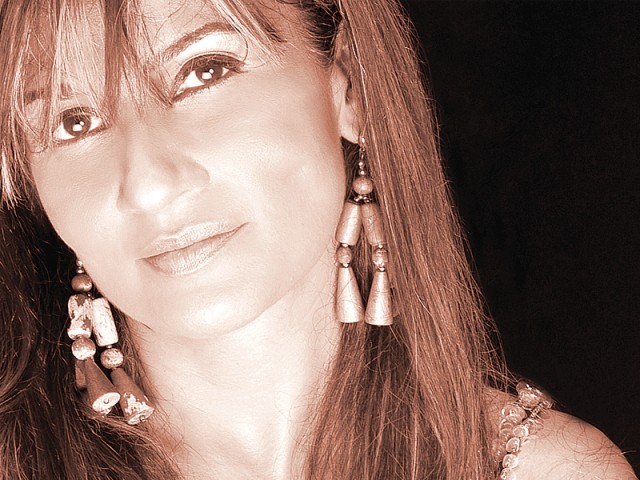 Have you ever found yourself being harassed by the dreaded Texter? Yes, this is the guy (or girl) who incessantly texts you stupid ‘sher-o-shairi’ or ‘happy donut day’ messages.

They call at all hours — you could be on a business call and the ‘creep’, ‘idiot’, ‘dumbo’, ‘sleaze-bucket’ or whatever you have named him, will continuously call you. God forbid you forget to leave your phone on silent, the stalker will ring you up at 3:00 am when you are fast asleep.

Most celebrities have stalkers. There is nothing more unnerving than a faceless, nameless someone who knows all about who you are, where you live, who your friends are, what your likes and dislikes are. The ones that hold vigils outside your home are the scariest since they force you to get extra security to just calm those nerves.

Then there is the ex who can’t let go. S/he is convinced the two of you are meant to be and can’t take “No, its over!” for an answer. If they get bitter, you’re in trouble: your secrets are out, you’re the biggest monster on the face of the planet, you’re the ‘wife-beater’ the ‘gold-digger’, the ‘slut’. It gets to the point that even your friends start questioning your noble nature.

I was talking to Atif Aslam about his stalker, who started to sit outside his house for 4 hours every day. He got so tired of the harassment, he found out who she was and got in touch with her father to tell him what his daughter was doing.  Unfortunately, this didn’t stop her. She called him one day and told him to come outside, and he found the windshield of his car smashed. Now that’s fatal attraction. We hope that this freaky fan was grounded, forbidden to listen to FM 89 or watch TV and married off to some distant cousin! Sometimes, you have to become a detective and do some investigation yourself to stalk the stalker. My dear friend, model and presenter Natasha, had a stalker who followed her around and sent her unnerving messages like “I like that lilac colour on you”, “Who are you having dinner with?” and “Look up and you’ll see me”.

Recently, I got so tired of the entire messy stalker caller that I even contemplated changing my cell number. However, I resorted to the easier method of just using customer service. Luckily for me, when you’re in the event management business you know a few high ups in telecom companies. Still, there was this one fellow in Muzzafarabad who was not swayed. Yours truly had to get the PTA to shut his mobile down, as he would not respond to warnings. Hence came to an end the ‘I want to fraandship you’ story.

What if your stalker is gay or lesbian? Being stalked is bad enough but being stalked by the same sex is crazy! A couple of years ago my company employed a girl who was super-efficient at her work and would text me at all hours with business plans. I was excited about having her on the team but felt her only drawback was that she was grungy. I had her cleaned up with a complete makeover: hair colour and cut, nails, clothes — she was brand new. However, soon the crazy in her started to emerge. She wanted to undermine others in my office. She wanted to be my pet and was totally jealous of any competition. On New Year’s, whilst I was with a significant other she sent me a text ‘One day you shall be mine’. I was taken aback. I called her and asked her straight away what she meant by this or whether it meant for someone else. I asked her if she was a lesbian and told her that even though I had nothing against homosexuals I was not going to tolerate being hit on by an employee, regardless of said employee’s sexual orientation.

The lady in question did not say much. When I investigated her background, I found that she had stalked another ‘Frieha’ and camped outside her house. I got calls from people about the lady’s idiosyncrasies and behavioural pattern. Luckily, I did not have to fire her on these grounds. She refused to do some work and I sent her packing within days for disobedience. When she refused to leave, I got security to escort her out. She eventually went away but the fear that she or someone else will return didn’t go. So, the stalker never really leaves your cell phone.