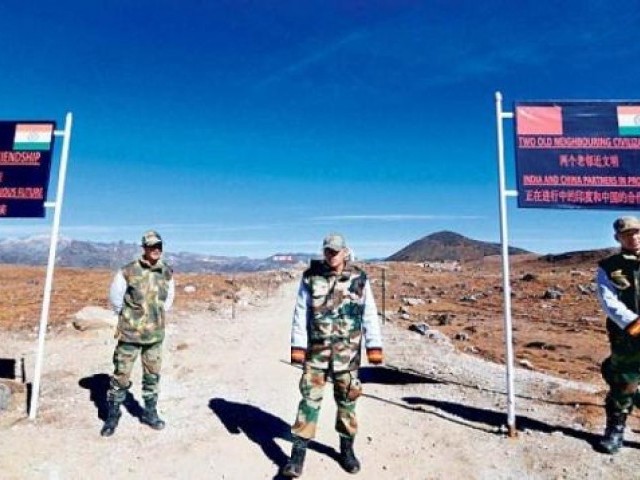 Chinese troops started building a road in the area, which is disputed between both countries ally, Bhutan. PHOTO: AFP

BEIJING: China said Tuesday that its troops would continue to patrol a disputed Himalayan border area after resolving a months-long military stand-off there with India.

Foreign ministry spokesperson Hua Chunying refused to disclose future plans for the road project that had triggered the confrontation on the remote Doklam plateau.

“I’ve said that Chinese border troops will continue to be stationed and patrol in Doklam and we will continue to exercise our sovereignty according to historical conventions,” Hua told a regular press briefing.

The standoff began in mid-June after Chinese troops started building a road in the area, which is disputed between China and India’s ally, Bhutan.

India itself does not claim the territory but has a military presence in Bhutan.

The Indian government announced on Monday that Beijing and New Delhi had agreed to pull back back their border forces.

When asked whether China would halt road-building, Hua told reporters: “We’ll take into consideration all relevant factors, including weather, to make any infrastructure plans — including road-building.”

The border tensions eased days before India’s Prime Minister Narendra Modi is expected to travel to China for a summit of the BRICS group of countries, which also include Brazil, Russia and South Africa.

When asked if the border issue was settled in order to avoid conflict at the BRICS meetings, Hua only said that “ensuring the success of the summit serves interests of all relevant parties”.

Bhutan separately expressed relief the crisis was apparently over.

The tiny Himalayan country of fewer than a million people had been caught in the middle of what some analysts called the worst crisis in India-China relations in decades.

“Bhutan welcomes the disengagement by the two sides at the face-off site in the Doklam area,” its foreign ministry said.

“We hope this contributes to the maintenance of peace and tranquility and status quo along the borders of Bhutan, China and India, in keeping with existing agreements between the respective countries.”

Goa may no longer be the best place for a vacation