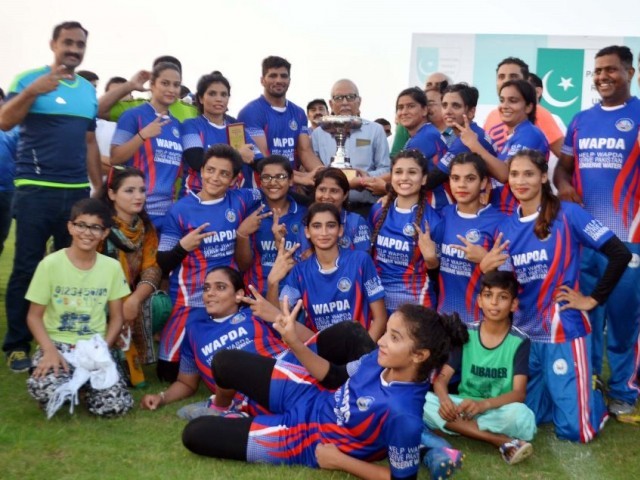 The National Rugby 7s Championship’s second edition took place over the weekend in which Sindh made their debut at the event, while WAPDA and Army went on to qualify for the final.

WAPDA were crowned champions after they won 5-0 against Army. Sindh and Punjab were third and fourth, respectively. Meanwhile, FATA and Khyber-Pahktunkhwa were the weakest sides in the tournament.

“Women’s rugby is improving fast, in fact it was a better competition than last time,” Shakil told The Express Tribune. “There have been a lot of high moments, especially from the top four teams. They were impressive. We saw a lot of players who can make it to the national team; in fact I believe that there is a good future for Pakistan in women’s rugby internationally. WAPDA were very agile and Army, Sindh, and Punjab were extremely professional. It was the first time for Sindh, but we had good expectations.”

“However the downside was that we need to work more in Fata and K-P because the players didn’t seem to thrive in the game. It was a little embarrassing too, but again that is where the work is need. Sindh was impressive because a lot of new players were there, and most of them had picked up rugby recently,” Shakil added.

On the other hand, former national player Fouzia Hayat, who was volunteering as the official at the event, said that the event was very well received by the spectators, the crowd was better than the first edition of the championship and more girls are interested in rugby.

“I was there more in an organising capacity and I was able to see a very good final,” she said. “It was more competitive than last time and the girls have the aptitude for it too. Many women are taking up rugby now, switching from other sport, which is a good trend,” explained Hayat who was a part of the national team that made their international debut at Asian Rugby 7s in Laos earlier this year.