A must watch for every Pakist­ani
By Fawad Hasan
Published: August 29, 2017
Tweet Email 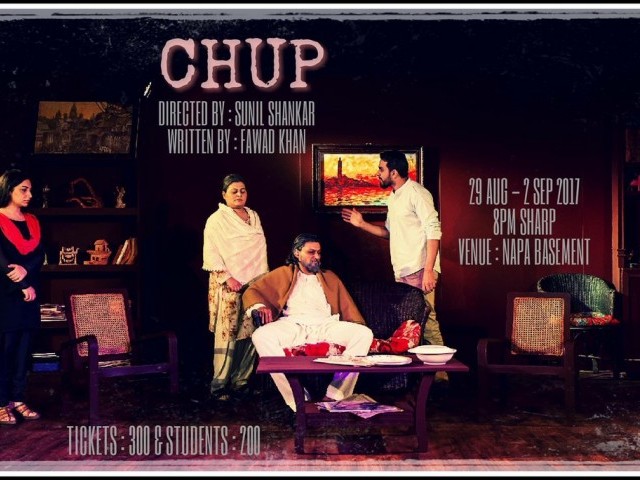 What many cannot say aloud in public without their voice trembling, a crew of artists have managed to address without fearing the wrath of the ‘powerful’. Written and directed by Fawad Khan and Sunil Shankar respectively, ‘Chup’ is the voice of the voiceless, the power of the powerless and resistance put up by the oppressed of our society.

Chup explains the plight of this country where amid severe oppression, state atrocities comprising enforced disappearances being one of them, we as society maintain a deafening ‘silence’. Fawad has courageously assorted elements of the silence, and adorned them with emotional, aggressive dialogues with a captivating storyline and presented the misery of a missing person’s family in a play. Perhaps, a play might fall short of attracting the aggression of the state’s highhandedness that otherwise would have forcibly disappeared Fawad’s crew.

The story revolves around a family of five people, waiting for their loved one who has been missing for three-and-a-half years. Saad, the missing one, has apparently been picked up by security agencies. His parents are too old to bear the tragedy, yet not ready to forget about their child who used to write against a powerful state institution of the country.

Chup addresses our criminal silence. It talks of the apathy that we all have agreed upon despite the intensity of authoritarianism that the outspoken of our society have long been subjected to. More than that, it sheds light upon what the families – the real victims of disappearances – have to suffer when their loved ones go missing. The characters of the mother, ailing father and the half-widow bring back the context in view from the family’s perspective when a family member disappeared for years at the hands of security agencies or militant organisations. Grasping the issue from the chaotic protests and meetings held for the safe recovery of missing activists, Fawad and Sunil have succeeded in setting everything in pattern to make the audience understand the pressing issue. 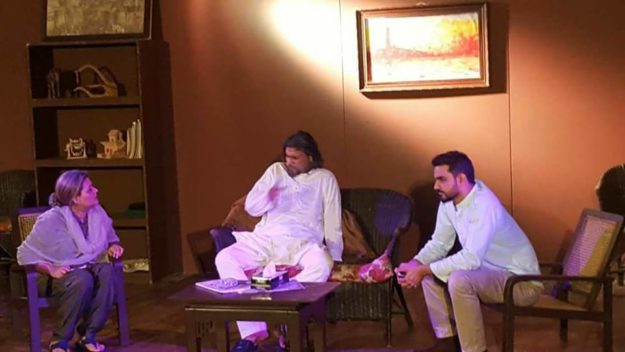 The play reminds us of what a Marxist dramatist once said about theatres and its cause: “Our theatre must stimulate a desire for understanding, a delight in changing reality. Our audience must experience not only the ways to free Prometheus, but be schooled in the very desire to free him.”

We say that without fearing the label of embellishment and exaggeration that Chup is the complete reflection of what Brecht set as a standard for the idea of theatre.

Perhaps what makes the story more emotional is the setting of the theatre – in NAPA’s basement – where characters appear even closer. The proximity destroys the iron curtains which exist between us, the unaware or willingly indifferent – and the victims of enforced disappearances – a plague which has plagued every province of this country now.

It couldn’t just be a coincidence that when the same play was being shown at NAPA in April, veteran human rights activist and well-known teacher of University of Karachi Dr Riaz Ahmed went missing. When the protest for Riaz’s recovery was being held outside Karachi Press Club, the actors were bracing themselves to present their play in NAPA just a few metres away from the demonstration venue. And as of today, when people are accumulating in huge numbers to watch the drama, another famous voice for human rights, Punhal Sario, is missing along with hundreds of others. What timing! 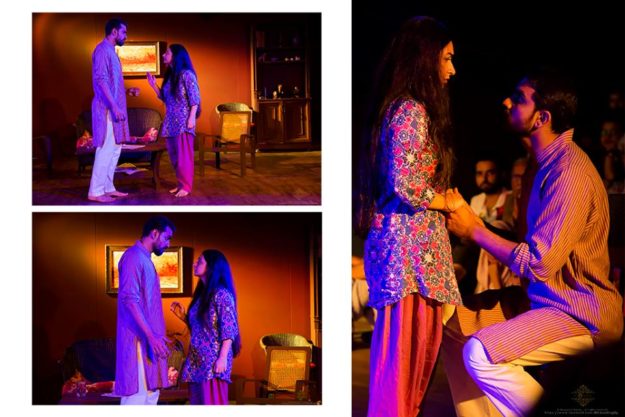 The script resonates with the real life events of missing activists who had to bear the state wrath when they were abducted and later on too when they were released. The now renowned writers, digital activists like Waqas Ahmed Goraya, Salman Haider and Asim Saeed, who forcibly disappeared earlier this year and had to bid farewell to their families in their very homeland to escape the state aggression which might visit their doorsteps again.

Watching this theatre for every Karachiite is a must as the tactic of enforced disappearance has become a monster impossible to be controlled by the elected government and civil society.

The show will run until September 1 at NAPA.