He had claime­d that police set the rapist free after taking money from him
By Shamsul Islam
Published: August 28, 2017
Tweet Email 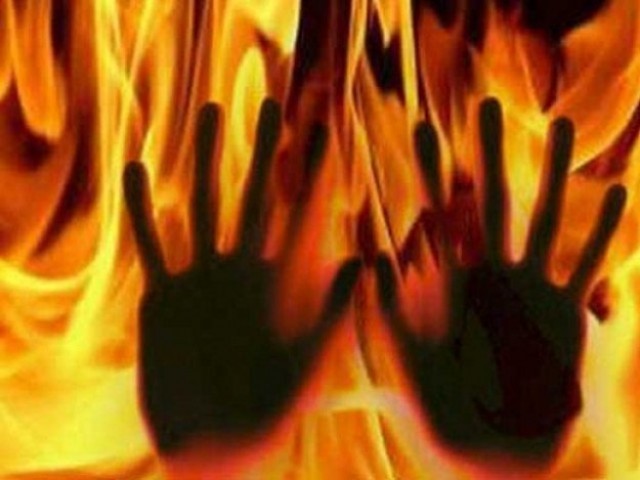 FAISALABAD: A man, who set himself on fire in Jhang to protest against police setting free a suspect in his wife’s rape case, succumbed to his injuries on Sunday.

When the body of Safdar Hussain, 23, was taken to his village Moza Jovwana Dargar Shah, residents gathered to protest.

They took his body to the main roundabout of Athara Azahari and set tyres on fire, suspending vehicular traffic to Jhang, Layyah and Bhakkar for several hours.

They demanded that the suspect be arrested again. Safdar, before setting himself on fire, had claimed that the police had released the suspect after taking money in bribe from him.

Man sets himself on fire to protest release of rape suspects

The protesters also tried to set fire to the Athara Hazari Police Station and surrounded the building for two hours.

They were told that Punjab Chief Minister Shehbaz Sharif had taken notice of the incident and ordered probe.

The CM has also announced Rs1 million in compensation for the heirs of the deceased.

On these assurances, the protesters called off their demonstration.

On August 23, Safdar set himself on fire in front of the Athar Hazari SHO’s room.

He was shifted to the Allied Hospital Faisalabad with burn injuries on 70 per cent of his body.

He has ordered an inquiry under the supervision of Regional Police Officer, Sargodha Range Zulfaqir Hameed on charges of negligence.

A case under section 155-C of Police Order 2002 has also been registered against investigation officer Nawaz Naul, but nobody has been arrested so far.