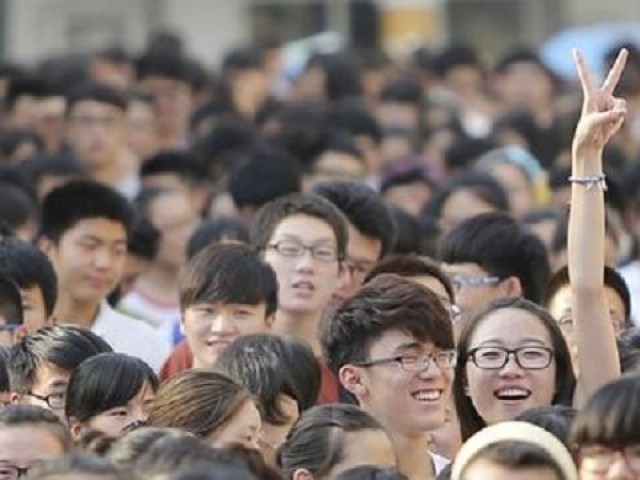 The killing of two Chinese nationals in Quetta in June highlighted the risks posed by militants, who may see them as soft targets in their war with the state. PHOTO: REUTERS/FILE

LAHORE/ SHANGHAI: Zhang Yang, a businessman from Chongqing in southwest China, is searching online forums for fellow stout-hearted entrepreneurs willing to cast aside security concerns and join him on a scouting mission to Pakistan.

Zhang, 48, is one of a growing number of Chinese pioneers sensing an opportunity across the Himalayas, where Beijing has pledged to spend $57 billion on infrastructure projects as part of its “Belt and Road” initiative.

Numbering in the thousands, this second wave of Chinese arrivals are following in the wake of workers on Belt and Road projects. Some are opening restaurants and language schools, while others are working out what products they could sell to a market of 208 million people, or what goods they could make cheaply in Pakistan to sell around the world.

“A lot of industries are already saturated in China,” said Zhang, who has worked in property, electrical appliances and household goods in China and says he wants to explore the potential for setting up factories or importing Chinese goods. “Pakistan’s development is behind China, so it will hold better opportunities compared to home.”

But the new arrivals face dangers, creating a headache for Pakistani security officials.

The killing of two Chinese nationals in Quetta in June highlighted the risks posed by militants, who may see them as soft targets in their war with the state.

Beijing has also long fretted about hardened fighters linking up with the East Turkestan Islamic Movement (ETIM), a Uigher militant group Beijing accuses of seeking to split off its western region of Xinjiang, Pakistani officials say.

Islamabad does not release immigration data but a source in the foreign ministry said about 71,000 Chinese nationals visited in 2016. A senior immigration official added 27,596 visa extensions were granted to Chinese that year, a 41 percent increase on 2015, suggesting more are staying in the country for longer.

For Pakistan, the stakes in keeping all those Chinese nationals safe are high. 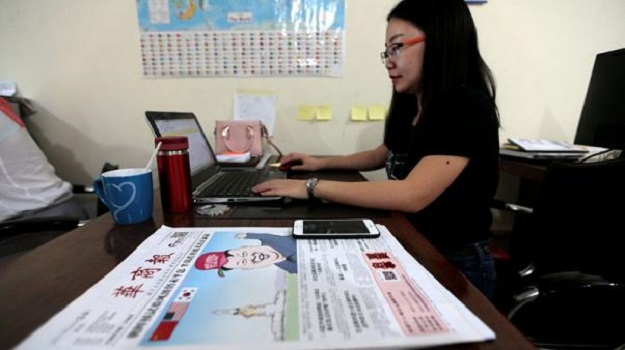 Rama, Editor in Chief of Hushang, a Mandarin language weekly newspaper, works at her office in Islamabad, Pakistan. PHOTO: REUTERS

Beijing’s infrastructure splurge has helped revive Pakistan’s sputtering economy, and deepening ties between the two nations have turned Pakistan into a key cog in China’s grand plan to build a modern-day “Silk Road” of land and sea trade routes linking Asia with Europe and Africa.

While the first phase of the China Pakistan Economic Corridor (CPEC), concentrated on infrastructure projects, the second part will focus on setting up special economic zones and integrating Chinese firms into the local economy to help Pakistan develop its industries ranging from mining to agriculture. China has also surged to become by far the biggest source of foreign direct investment (FDI) for Pakistan, topping US$1 billion in 2016/17, and is betting on its neighbour at a time when many Western companies are still put off by security concerns and corruption.

“Pakistan really needs foreign investment and we are not going to miss out on this because of some idiots with a gun,” said Miftah Ismail, a special adviser to Prime Minister Shahid Khaqan Abbasi. “We won’t let them mess with the Chinese.”

Pakistan receives friendly coverage in Chinese media and regularly features in state broadcaster CCTV’s programmes on the Belt and Road initiative, which include promotions of CPEC and interviews with Chinese workers living in the country.

Besides infrastructure, Pakistan must also seek capital for export industries

That has not been enough to assuage concerns about security for Zhang and other Chinese businessmen and women who spoke to Reuters.

“It’s a big lesson for us,” said Derek Wang, referring to the Quetta killings. Wang, deputy chief executive of Infoshare, an Islamabad-based consultancy assisting Chinese entrepreneurs and businesses, said security was the number one concern of Chinese newcomers.

Pakistan is taking the threat seriously. Guards and police with automatic rifles shield Chinese-staffed offices and language schools, while security officials say plainclothes officers form a less visible layer of protection at such sites. Unlike the engineers and construction workers who reside in heavily-guarded compounds while building the roads and power plants that make up CPEC, the entrepreneurs seeking riches on the back of it mostly arrive on their own and disperse across the country.

Few inform authorities of their plans. “This is the biggest challenge right now,” said Muhammad Faisal Rana, who heads an 8,000-strong Special Protection Unit set up by Punjab province in 2014 to guard foreigners. 90 per cent of those it protects are Chinese, he said. 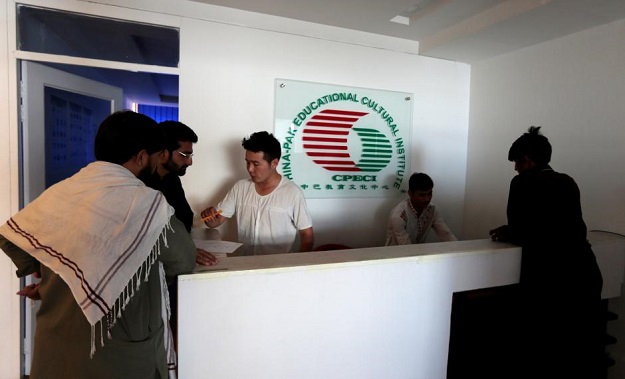 Rana said growing numbers of Chinese entrepreneurs turn up with tourist visas. Many are conducting market research, while some launch their products and then flit back to China. “All these elements are sometimes out of our radar, and we have no idea from which flight they are coming in and where they are heading towards,” he said.

SPU officials have cultivated ties with guesthouses popular with Chinese and set up liaison desks at airports to register the Chinese entrepreneurs before they vanish, while governments in Sindh and Khyber Pakhtunkhwa are accelerating plans to build up special protection units akin to the one in Punjab.

In Islamabad, where Chinese visitors were seldom seen before 2014, their prominence is growing. They now outnumber other foreigners, and the country’s first-ever Chinese-language newspaper, Huashang, has been launched.

Visitors arriving at the capitals airport are handed flyers written in Mandarin advertising a Chinese courier service, and in the city shop signs in the Chinese language are increasingly common. Chinese restaurants are sprouting to cater for new arrivals who are rarely fond of local food.

Sensing China’s growing power, are flocking to study at new Chinese language schools. A boom in business has prompted Ami Quin, a Chinese restaurateur and owner of a guesthouse for employees of Chinese telecommunications giant ZTE, to open a spa and a second guesthouse. “More and more people are very interested to come to Pakistan after CPEC,” she said. “They are looking for partners all the time.”

In one of Quin’s restaurants in Islamabad, civil engineer Pan Denghao lamented the oppressive heat but conceded the money and jobs on offer exceeded what young people like him could expect back home. “Every year in China you have so many graduates from colleges and universities, but the opportunities and chances for jobs are limited,” said Pan, 25, whose company is building Islamabad’s new airport.

Chinese businessmen who arrived before CPEC was unveiled in 2014 are capitalising on their experience to launch consultancies, advising newcomers how to circumnavigate the country’s notorious bureaucracy or match them with local partners.

Another Chinese businessman who did not wish to give his name, said he and fellow Chinese executives often pay bribes to speed up imports or obtain government permits. That used to be a regular aspect of Chinese life before President Xi Jinping’s anti-corruption drive of the past few years. “This is one of the reasons why us Chinese are comfortable here. We know how to deal with this,” he said.

Although Chinese habits sometimes clash with local customs in a deeply conservative Muslim nation – Chinese restaurants, for example, sometimes turn a blind eye to customers drinking smuggled alcohol – there is little sign of hostility to the new arrivals from ordinary Pakistanis. 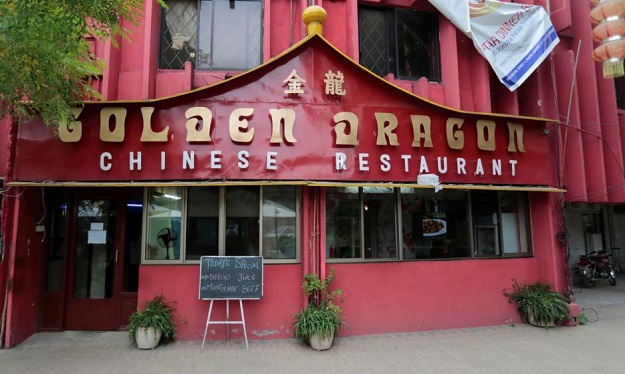 A view of the facade of a Chinese restaurant catering to the growing Chinese population in Islamabad, Pakistan. PHOTO: REUTERS

Unlike Western nations, China is widely seen as having been a consistent ally to Pakistan, and Chinese visitors often recount stories of being let off minor misdemeanors – such as driving without a license – by police and government officials with comments like “you are our friends”.

Officials have portrayed the killings in Quetta as a one-off, saying the two Chinese victims were targeted because they were Christian missionaries masquerading as business people. But at least one Chinese business delegation canceled its trip as a result of the attack.

Pakistan has since tightened business visa rules for Chinese nationals and vowed improved security. At a CPEC site guarded by the Punjab SPU in Lahore, policemen clad in bullet-proof vests demonstrated to Reuters how armed officers sitting on the back of pick-up trucks shield Chinese executives when transporting them in convoys.

One Chinese executive said police provided her with an armed convoy for a four-hour trip from Azad Kashmir to her office in Islamabad. “It was quite touching,” she said. But security officials concede not everyone can be given round-the-clock protection, and many businessmen do not want their freedom curbed.

Still, China-based recruiters such as Ms Yang, of Zaozhuang Xincai Services, say the Quetta killings have not dented the stream of applicants seeking work, thanks to pay that can be more than four times what they would earn at home. “First concerns are about how high or low the salary is, when it will be paid,” she said. “And then safety.”