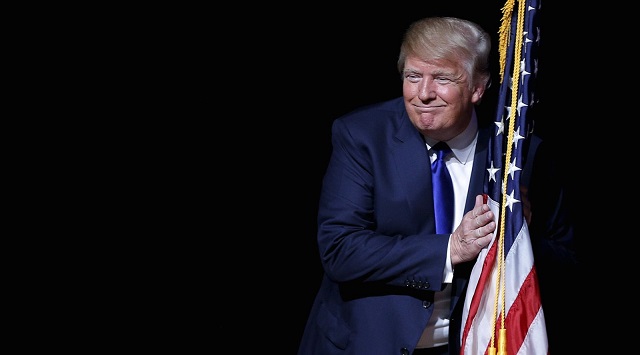 ISLAMABAD: The forces of US President Donald Trump have been unleashed. He is the guy who is convinced that Pakistan’s establishment is chock-full of double-agents, Marxists and socialists of every colour – except for the fact that he has zero evidence.

Even if he has failed to support any conspiracy theory, his comments have always implied more validity to existing rumours. Every time you listen to Trump, it seems like the whole system is spinning out of control and Afghan people are feeling disenfranchised right now solely because of Pakistan.

POTUS Trump is a disgruntled rock star who is upset by an adverse press attitude towards him but he himself is responsible for a scarred global image of the United States – not to mention an Afghan government systematically stripped of its ability to enforce any law and order.

He is the Kim Kardashian of the White House who wants to break the internet but instead has been injecting cynicism into the media by making our body politic think that everything is not nice in Pakistan’s garden of foreign affairs.

This is a politics of self-projection and the man now sees himself as a saviour of a lost Afghan war and as a knight who alone understands the complicated dynamics of US-Pakistan relationship. What he fails to comprehend is that Pakistan’s foreign policy is now more tilted towards ‘geo-economics’ than conventional ‘geo-politics’ – thanks to Chinese billion dollar investments.

Geo-economics is now the currency of the 21st century and this is where the United States’ future truly hangs in the balance. Its military is dangerously overstretched and it is no longer considered as a world economic leader due to its anti-free trade and anti-globalisation policies.

The US perceives the One Belt-One Road (OBOR) initiative to be a direct manifestation of Beijing’s foreign policy to assert regional leadership and the fact that Pakistan has chosen to become an archetype for its OBOR model has alarmed Washington about these new geopolitical realities.

Though India built the “Route 606” to bypass Pakistan for commercial trade – with a project to connect it with Afghanistan in the pipeline; the fact remains that India’s greater plans to conceptualise the International North-South Transport Corridor (INSTC) have not succeeded.

So when it comes to the Afghan policy, Trump’s vision is pinched as he is encouraging Indians’ worst impulses on CPEC-related issues and has no strategy when it comes to Afghanistan’s dangerous unravelling that may get out of control.

On the other hand, while 9/11 has given Pakistan a bad image, our own political parties have done a good job of tarnishing themselves. Some noisy sections of government and opposition machinery have openly supported radical elements.

Given this kind of situation, it is hard to imagine a serious conversation as long as our politicians as well as reps of white-house choose to misrepresent facts. The hear-nothing crowd didn’t budge when CIA drone attacks destroyed field hospitals in FATA and when TTP was slaughtering our security forces in the name of revenge.

The problem is not that people don’t know facts – it is that they are fed with a twisted version of reality 24/7 in order to achieve special political agendas.

The US is mad that Pakistan’s foreign relations are improving with many countries despite a propaganda war launched by India and Afghanistan. Trump is irked that CPEC is becoming a hallmark project of our nation and that our economy is finally improving.

It is worried that it is quickly losing relevance in the region. There is something daft about the way Trump constantly drops hints that our establishment has been double-dealing with terrorists.

Trump is a dark horse that insists on some ill-defined ‘victory’ in Afghan war. There is an adage for hard-core Trump supporters who want to make a case out of his anti-Pakistan speeches:  “Don’t clap so hard: you will bring your house down!”

Besides infrastructure, Pakistan must also seek capital for export industries