Siddiq­ui’s reques­t to fire legal team was not approv­ed by the court.
By Saba Imtiaz
Published: April 14, 2011
Tweet Email 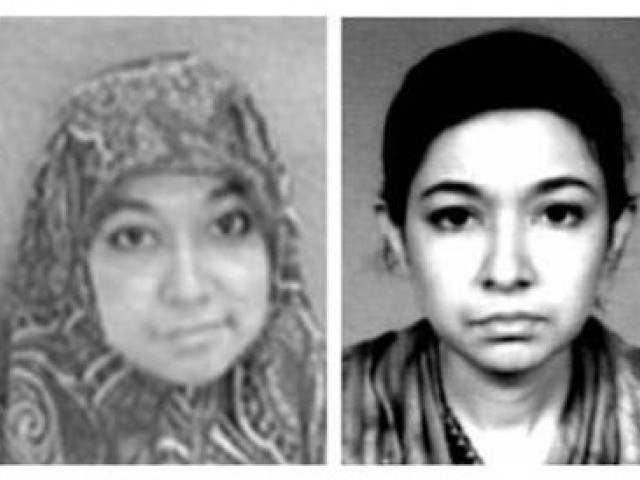 Siddiqui’s request to fire legal team was not approved by the court.

Lawyers for Pakistani neuroscientist Aafia Siddiqui are filing an appeal in her case on April 15.

Siddiqui was sentenced on seven counts in a federal court in Manhattan on September 23, 2010, and is serving an 86-year sentence.

Her court-appointed lawyer Dawn Cardi says the ‘multifaceted’ appeal will challenge the “court’s decision, the several legal issues with the trial, the introduction of evidence as well as how Siddiqui was allowed to testify given what we believe was her diminished capacity.”

Less than a month after the sentencing, Siddiqui fired her lawyers and waived her right to an appeal. Siddiqui wrote that she had fired her five lawyers and would be represented by Farha Ahmed, a Texas-based attorney. Ahmed declined to speak to The Express Tribune about Siddiqui.

Cardi said that she had been in touch with Siddiqui’s family through a representative. When asked if they were supportive of the appeal, she said, “I don’t know nor do I care. It is my responsibility and I am obligated to file an appeal.”

Five lawyers were involved in Siddiqui’s case, three of which were retained by the Pakistani government and endorsed by her family. However, Siddiqui refused to accept her legal team and the court appointed lawyers Dawn Cardi and Chad Edgar to represent her.

International Justice Network (IJN) Project Director Tina Foster said that since her sentencing, the court has not allowed Siddiqui any visits with her family or any attorneys other than her court-appointed lawyers. The IJN represents Siddiqui’s family.

However, a spokesperson of the Pakistani embassy in the US said the embassy is in touch with Siddiqui’s court-appointed lawyers and is prepared to offer all assistance. The spokesperson said that the “embassy has tried to arrange telephone calls between Dr Siddiqui and her family in Karachi. The call should go through in the next few days.”