Cops save 12-year-old from child marriage

Cops save 12-year-old from child marriage 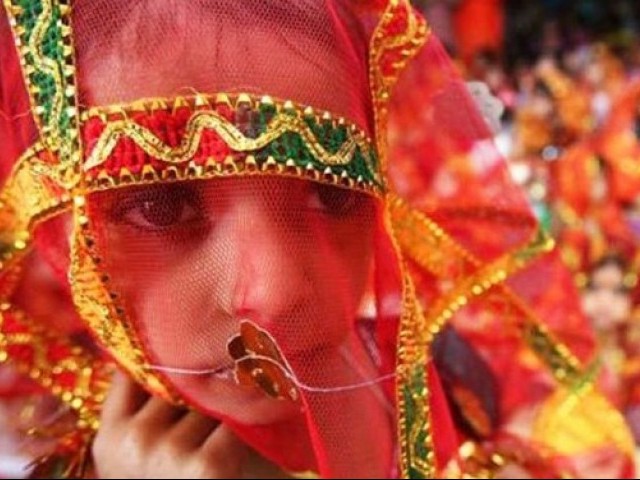 FAISALABAD: Police foiled an attempt to marry off a 12-year-old girl to a 20-year-old adult male before arresting the groom, the girl’s father and the nikkah khwan in the Baluchni police jurisdiction.

He added that police raided the site and took Imran Haider, Muhammad Ashiq, the father of the girl Muhammad Younis and nikkah khwan Ghulam Mohiuddin into custody. Both families happened to be related to each other.

A case was registered against the accused under the Punjab Marriage Restraint (Amendment) Act 2015 on the complaint of sub-inspector Pervez Iqbal.  The law declares that the minimum age to marry a girl is 16.

Section 5 of the PMRA prescribes a jail term of six months or a fine of Rs50,000, or both, for solemnising the marriage of a minor.

It also provides for punishment of the parent or guardian under Section 6. The law states that if any person having custody of the minor, whether as parent, guardian or in any other capacity, promotes marriage or negligently fails to prevent it from being solemnized can be punishable with simple imprisonment which may extend to six months or a fine which may be up to Rs50,000 or both.

The law also states that no woman shall be punishable with imprisonment.