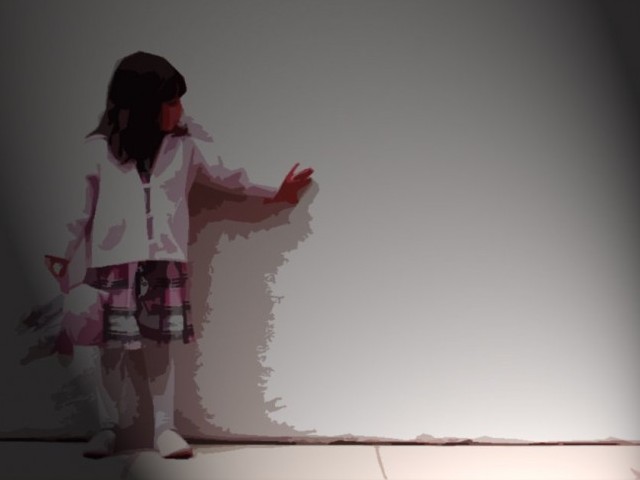 FAISALABAD: A three-year old girl in Jhang was raped, allegedly by her neighbour, on Tuesday night causing severe injuries to the child.

The girls father told police that his daughter was playing outside their home in Moza Chayla when their neighbour, 15-year-old Muhammad Akram, took her with him by offering sweets.

He took her far away to a dates farm where he sexually assaulted her.

On hearing the child’s cries, villagers reached the scene and saw Akram fleeing.

She was immediately rushed to the Jhang district hospital.

Doctors said the child’s genitals had been severely damaged and that could lead to more medical complications in the future.

“The girl underwent a minor surgery and is under observation,” SHO Umar Hayat Watto told The Express Tribune.

He added that Akram had been arrested and was under a seven-day remand.

Though Akram has confessed to his crime, a sample has been sent for DNA testing to a forensic laboratory in Lahore.

“I cannot imagine that someone could commit such a horrible crime,” the girl’s father told The Express Tribune.