The army chief expres­sed his best wishes and prayer­s for health of the former first lady
By News Desk
Published: August 23, 2017
Tweet Email 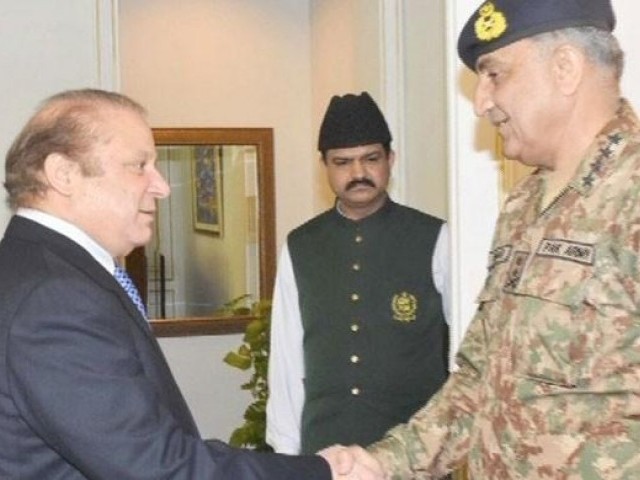 The army chief expressed his best wishes and prayers for the health of the former first lady, the Inter-Services Public Relations (ISPR) said in statement.

COAS made a tel call to Mian Muhammad Nawaz Sharif. Expressed his best wishes and prayers for health of Begum Kalsoom Nawaz Sharif.

Pakistan Tehreek-e-Insaf chairman Imran Khan also expressed his best wishes for the former premier’s wife. “I wish her the best as she fights this disease and pray she wins her battle against cancer,” he said on Twitter.

“My mother has been diagnosed with lymphoma, cancer of lymph nodes, left side of neck in her case. Her treatment begins immediately,” her daughter Maryam Nawaz confirmed on Wednesday.

It was earlier reported that Kulsoom, who is running in the race for the NA-120 by-election, had throat cancer. However, sources told Express News that doctors in the UK have diagnosed her with blood cancer in its initial stage and her chemotherapy will start next week.

Kulsoom, the sources added, will not be part of the campaign to contest elections in NA-120 constituency, the seat which fell vacant following Nawaz’s dismissal.

Insiders said Maryam will lead the campaign, adding that Kulsoom may also join the drive in the last week prior to the polls.

A five-member Supreme Court bench on July 28 disqualified Nawaz from the PM’s office for failing to declare a salary, which he had not withdrawn as an executive of Dubai-based company, as an asset when filing his nomination papers in 2013.