WHO reveals water storage in containers behind dengue surge in Peshawar

WHO reveals water storage in containers behind dengue surge in Peshawar 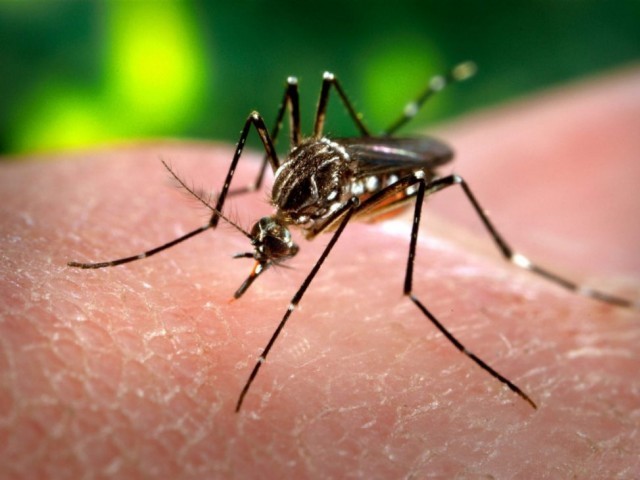 A female Aedes aegypti mosquito, distinguised by the white bands on its legs. PHOTO: REUTERS

PESHAWAR: An investigation report by the World Health Organisation (WHO) on dengue outbreak in Peshawar has revealed that the presence of a huge number of uncovered water containers used in houses and at workshops is the main reason for the outbreak.

Following the cases reported from Peshawar, a five-member WHO team moved to the city to investigate the reasons behind the dengue epidemic. The team collected samples from two main areas – Tehkal and Gujran Muhalla.

The report states that these localities have a huge number of wood workshops and motor mechanic workshops with huge quantities of water-holding waste materials.

It was recommended in the report that mosquito repellents like DEET lotion or sprays be provided to families and school children through lady health workers.

According to the data compiled by the WHO team, the total number of reported cases exceeded 4,320 which were screened for dengue in the Khyber Teaching Hospital from June 14 till August 17. A total of 699 people tested positive for dengue, of which five have died.

Experts believe that early detection and treatment of the disease could lower its fatality rate to below one per cent while delay in treatment could be fatal.

Accompanied by his team, Masud is in Peshawar to help treat dengue patients. “The mosquito is capable of carrying the virus till death,” Masud explained, adding that the virus-carrying mosquito survived only below 42 degree Celsius.