Politicians react to Trump's remarks against Pakistan over Afghan policy

Politicians react to Trump's remarks against Pakistan over Afghan policy 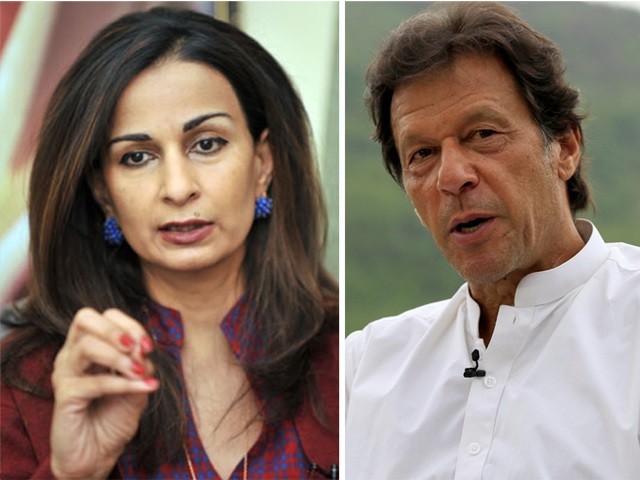 Pakistani politicians react to Trump's comments and US Afghan policy.

Politicians reacted strongly on Tuesday to the US President Donald Trump’s remarks on Pakistan’s role in the Afghan strategy, saying the latter was laying blame of its own failures on the country.

Earlier in the day, presenting America’s new policy pertaining to the war in Afghanistan, Trump lambasted Pakistan for “harbouring agents of chaos, violence, and terror. The US, he added, could “no longer be silent about safe havens for terrorist organisations”.

“So the US again blames Pak for its deeply flawed & failed Afghan policy stretching over a decade,” Pakistan Tehreek-e-Insaaf (PTI) chief Imran Khan said on Twitter.

So the US again blames Pak for its deeply flawed & failed Afghan policy stretching over a decade https://t.co/sGikXZb0ay

We must also reject being made scapegoats for the policy failures of the US and India. https://t.co/iDSohH1fOS

Imran went to add that Pakistan must turn down anymore demands by the US to “do more.”

Our economy suffered over $100 billion in losses. In addition, there were intangible costs on our society. Time for Pak to say: Never again https://t.co/kngXujqRnO

Pakistan People’s Party (PPP) co-chairman Asif Ali Zardari cautioned the US to remember that Pakistan is not Afghanistan, and hence should be treated differently. Pakistan, he added, has rendered more sacrifices than the Americans in the war on terror.

Similarly, PPP senator Sherry Rehman stressed its time “for others”, and not Pakistan, to “do more”.

I'm sorry, but others need to "do more " in Afghanistan, not Pakistan. Guess we were ok as long as the supply lines were needed. Moving on

Trump is asking Pakistan to "Do More" by further strengthening its ties with India in Afghanistan. The concern for US is CEPC not terrorism.

Abidi urged that the relationship between the two countries should not be based on dictation.

Pakistan has done a lot for US's war on terror n will continue its resolve to eliminate terrorism with resilience, but will not be dictated.

PTI’s Asad Umar advised the US President to not resort to old tactics of exerting pressure on Pakistan.

Trump threatening to go back to an afghan policy of troop build up & pressure on Pakistan..a policy which has failed to deliver in 16 years

Other politicians also reacted strongly to the remarks:

Blaming Pak will not win the war for the US in Afghanistan nor will embracing Modi! Trump the bully shd be given a befitting response! https://t.co/15h4NHDKYN

Einstein would sum up US strategy: 'trying the same thing over & over again & expecting a different result is a sign of stupidity/insanity'!

US is either clueless or deliberately complicating matters in Afghanistan. 2/2

Meanwhile, Minister for Defence Khurram Dastgir Khan stressed  that the success of Zarb-e-Azb, Radd-ul-Fasaad and Khyber-4 are proof of a strong strategy against terrorism, Radio Pakistan reported.

He went on to claim, however, that the US could “no longer be silent about Pakistan’s safe havens for terrorist organisations,” warning that vital aid could be cut.

“It is time for Pakistan to demonstrate its commitment to civilisation, order, and to peace,” he said, warming that vital aid could be cut. “We can no longer be silent about Pakistan’s safe havens for terrorist organisations.”

An official response from the government and/or ISPR into the matter is still awaited.