'We are direct­ing the Union of India to consid­er approp­riate legisl­ation in this regard'
By Reuters
Published: August 22, 2017
Tweet Email 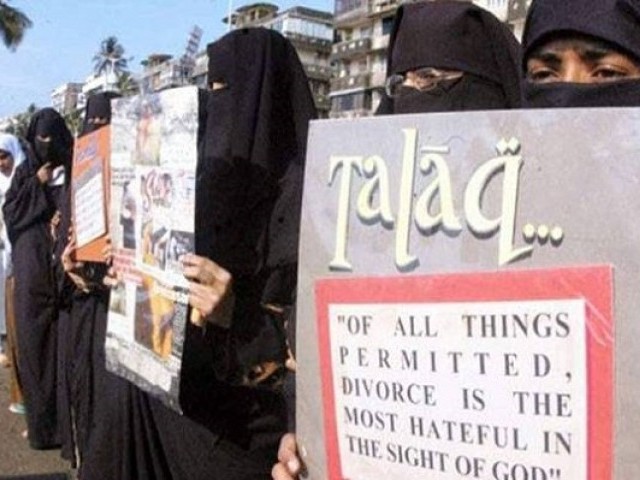 NEW DELHI: India’s Supreme Court on Tuesday blocked the use of the Muslim divorce law until the government frames new legislation, a partial victory for Muslim women who had long argued that the law violated their right to equality.

“This is a sensitive case where sentiments are involved. We are directing the Union of India to consider appropriate legislation in this regard,” Justice JS Khehar said while announcing a six-month suspension on the practice of the divorce law.

The law allows Muslim men to divorce their wives simply by uttering the word ‘talaq’ three times. Muslim women say they have been left destitute by husbands divorcing them through “triple talaq”, including by Skype and WhatsApp.

Hindustan Times reported,”Talaq-e-biddat (instant divorce) is manifestly arbitrary which allows a Muslim man to break down marriage whimsically,” a bench led by Chief Justice of India JS Kehar announced in a packed courtroom. SC strikes down triple talaq by a 3-2 majority.

“It cannot be considered as integral part of personal law and cannot have constitutional protection. It is against Quran and violates the Shariat,” the SC said. The SC strikes down instant triple talaq (talak-e-biddat) by 3-2 verdict, saying it violates Article 14 of the Constitution.