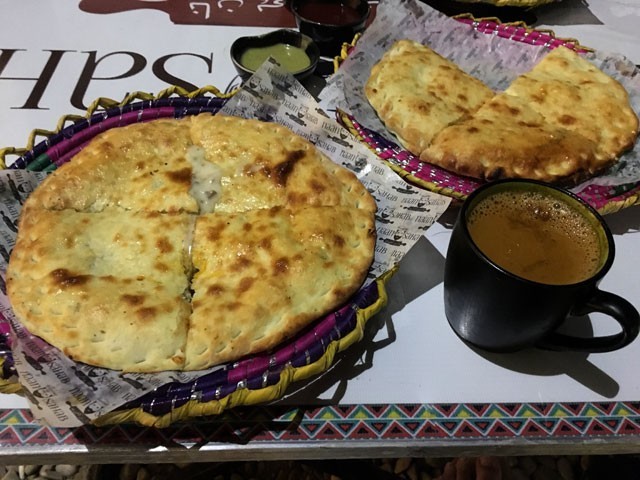 KARACHI: Firmly rooted in our culture, naans are close to our hearts. Brushed with ghee or butter and fire-roasted in a tandoor, they never fail to please an epicurean audience. As cultures evolve however, so does food. And while traditional naans are irreplaceable, there’s a newcomer gaining traction – stuffed naan.

Stuffed naan is nothing new, you might say, since qeema naan has been delighting palates for some time now. Nevertheless, it is a fusion of the old and new that two friends wanted to bring about when they started Naan Sahab.

The duo launched with three flavours at Karachi EAT 2017, and pleased with the positive response they decided to take things further. Now, with an outlet at Khayaban-e-Bukhari in Karachi, they hope to build a regular clientele. 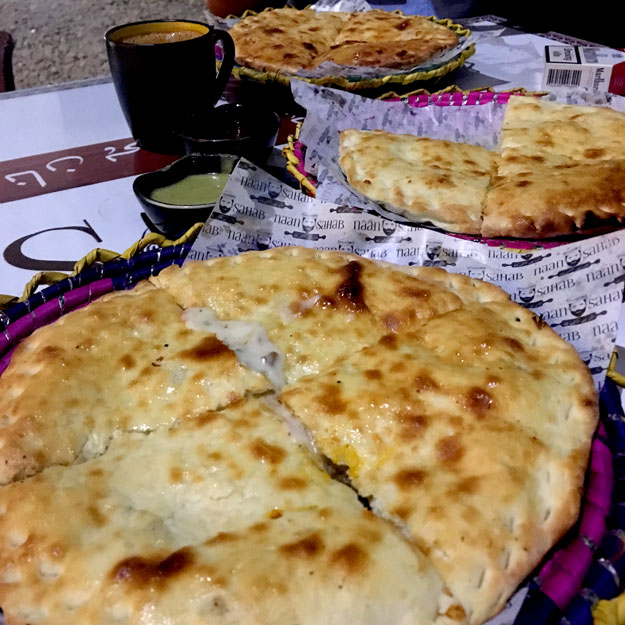 While stuffed naans are fast becoming a favourite, it is tricky to get them right, and they often taste doughy and pie-like. The duo took three months to find the perfect mix of flour for their naans. The result? Their naans have the perfect texture. They are soft, stringy and beautifully charred on the surface. 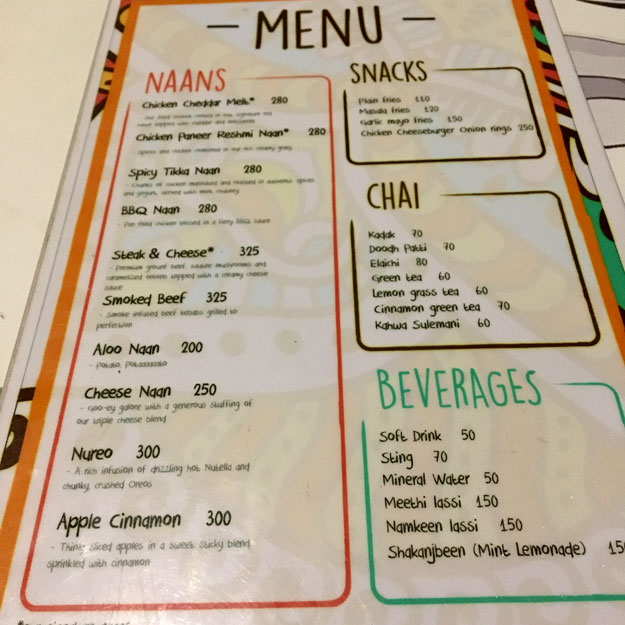 We began with the chicken cheddar melt and steak & cheese naans. The former ranked high with the group. The naan was perfectly cooked and the filling succulent, and appetizing. 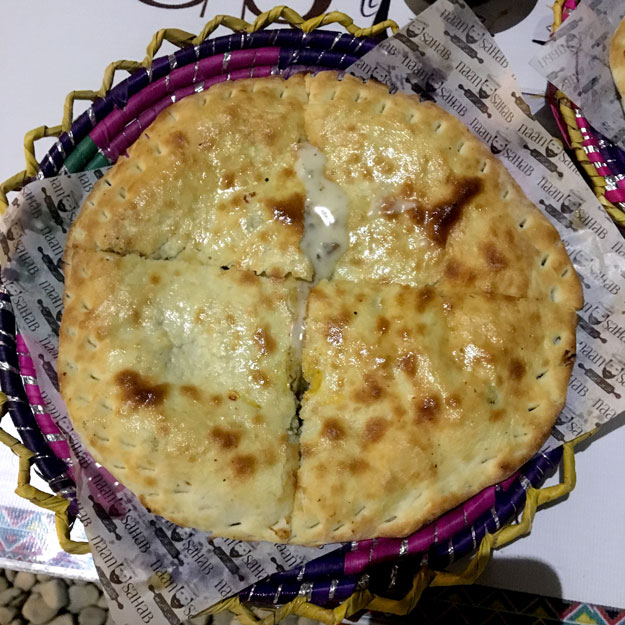 The steak and cheese naan was also enjoyable. Served fresh out of the oven, it was oozing with cheese and minced beef steak. 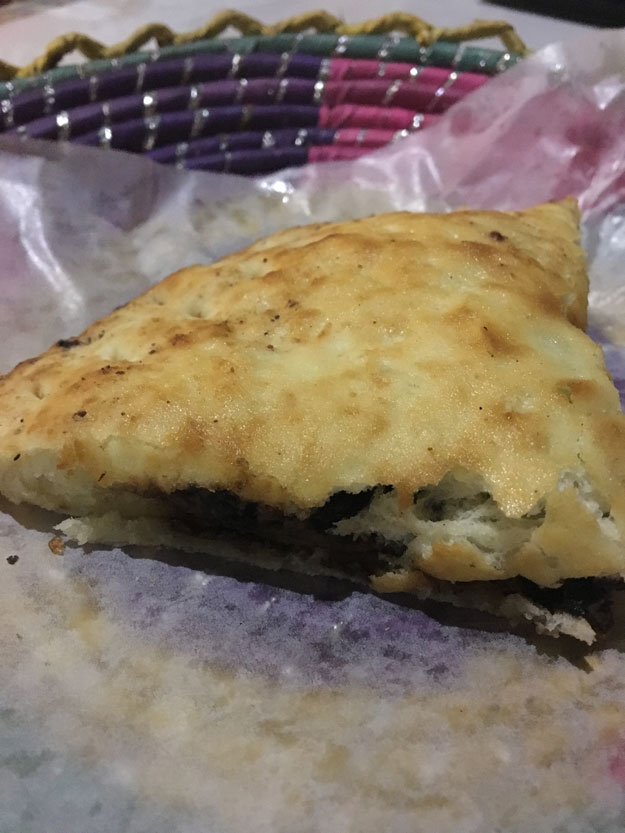 The Nutella-Oreo naan titled Nureo was, however, the star of the meal. It was neither excruciatingly sweet nor bland; a perfect balance of chocolate on chocolate. This one was polished off within minutes. 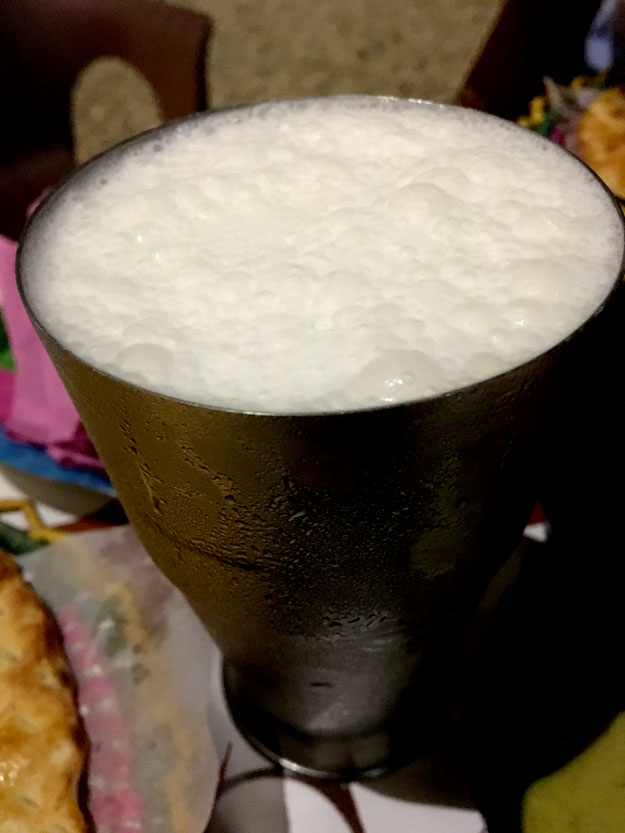 The eatery also offers hot and cold beverages, and we were absolutely delighted with lassi. Served ice cold in a tall steel glass, it is the perfect accompaniment to naans. Whether you opt for salted or sweet, you won’t be disappointed. And if you’re not the greatest lassi fan, you can enjoy your naans with lemonade.

While the eatery may need to work on the lighting arrangement in their seating area, the quality of their food is bound to win them customers.