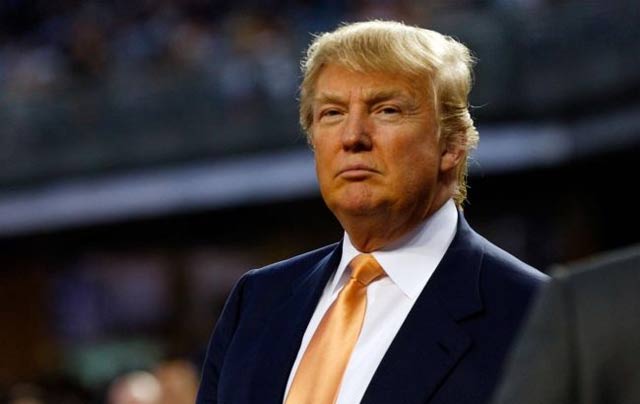 ISLAMABAD: As the US President Donald Trump’s administration finalised its long-awaited strategy for Afghanistan, Pakistan is bracing itself for ‘tough time.’

Ahead of the announcement of the much-talked about strategy that will not only cover Afghanistan but the wider South Asian region as well, authorities in Pakistan are not hopeful of any positives and are instead preparing contingency plans.

Two senior officials familiar with the plan have told The Express Tribune that Pakistan is contemplating various options to offset any fallout from the new US strategy for Afghanistan.

Officials admitted that given the signals coming from Washington, Pakistan’s patience would certainly be tested in the coming months.

In the event of any extreme US measures, one official revealed, Pakistan would be left with “no option but to seek even deeper and enhanced cooperation” with China and Russia.

China and Pakistan have a historic relationship spanning many decades, but cooperation has seen an unprecedented upward trajectory since Beijing announced the ‘One Belt, One Road’ initiative a few years ago.

The two countries seem to have buried their past differences and are looking to cement their ties economic, political, and defence ties.

“If the US does not take consider our legitimate concerns and just toe India’s line, then we will certainly move closer to China and Russia,” the official said bluntly while referring to Pakistan’s first “contingency plan.”

Trump is believed to have already reached an agreement on the new strategy after his meeting with top security aides over the weekend.

Although the new plan has not yet been announced, it is likely to seek tough measures against Pakistan to persuade it to break its alleged nexus with certain militant outfits including the Haqqani Network.

A series of recent developments including statements from senior Trump administration officials suggested that consensus was emerging in Washington to talk tough with Pakistan.

A report in ‘Foreign Policy’ magazine claimed that Trump was mulling cutting off all military aid to Pakistan because he believes “Washington is being ripped off by Islamabad”.

Pakistani officials, however, believe that the US approach seemed to be aimed at “keeping us on our toes and under pressure”.

“Given the signals we are getting, we don’t expect anything positive in the new Afghan strategy,” commented the official, who requested that his identity is withheld because of the sensitivity of the issue.

“Because of Trump’s lack of experience in dealing with delicate strategic and foreign policy issues, certain elements are taking advantage of his naivety,” the official said.

Pakistan also gave its input to the Trump administration for the new strategy to end the war in Afghanistan. Islamabad’s emphasis has been on avoiding the use of force while stressing the need for peace talks to end the stalemate in the war-torn country.

But Pakistan’s main worry is that whether the US will take any radical steps to push the country to do more in the fight against terrorism.

Washington has been consistently saying that Pakistan must not allow its soil to be used against its neighbours. US CENTCOM chief General Joseph Votel, who was in Pakistan recently, repeated the same demand after meeting the country’s top civil and military leadership.

This was despite the fact that army chief General Qamar Javed Bajwa told the American general that more than financial or material assistance, “We seek acknowledgement of our decades-long contributions towards regional peace and stability”.

Policymakers both in Islamabad and Rawalpindi are also upset by Washington’s decision to declare Hizbul Mujahideen a terrorist outfit. The Foreign Office publically spoke about it, calling the move ‘unjustified’ and ‘disappointing’.

“The US considers Pakistan’s help as key for bringing peace in Afghanistan, and when you hurt the interests of your ally, it will certainly create misgivings,” the official said while questioning the wisdom behind the US decision.