Of vanishing forests and wildlife in Ayubia

Of vanishing forests and wildlife in Ayubia 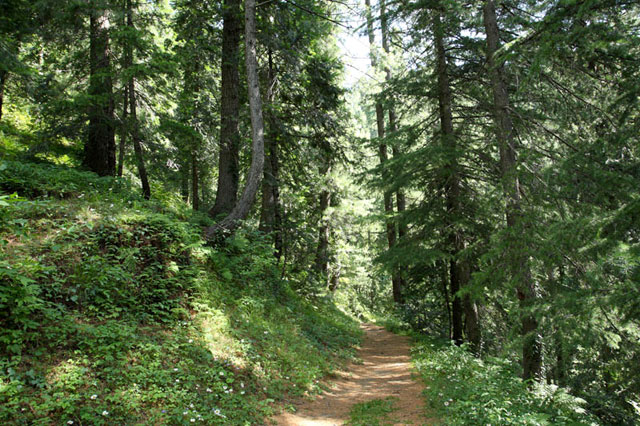 A steep uphill ride on a sturdy engine – some two hours from Islamabad – brings you to this lush, dense forest. As your ears get accustomed to all the sounds, your eyes take in the stunning landscape. Fresh, clean air fills yours lungs. You’re in Ayubia National Park.

Spread over 3312 hectares in the Galliat region of Nathiagali, Khyber-Pakhtunkhwa (K-P), it is part of Pakistan’s last stretch of moist temperate forest. The park,  habitat of a diverse species of wildlife, has been facing severe deforestation, water shortage, soil erosion, landslides and flash floods.

Locale of 757 plant species and 203 bird species, Ayubia is part of the Western Himalayan Eco region. Besides being declared an Eco region, the park also falls under regions classified as Endemic Birds Areas of the world (EBA), recognised by BirdLife International.

Eco regions  are identified by their unique biogeographical characteristics, such as endemic species, environmental conditions, and ecological patterns and risk being lost forever if not conserved.

To preserve the biodiversity of this region, specifically the conifer forests, Ayubia was declared a national park – a region protected by the state  – in 1984.

The Western Himalayan Ecoregion is the catchment area of Indus river. It is responsible for the streamflow of 70-80 per cent of water to the river. The freshwater streams and springs at the park are a significant source of water supply for the residents of the area.

Over the decades, unsustainable land management practices such as fuel wood harvesting, overgrazing and urbanisation have led to deforestation, water shortage, landslides and flash floods in Ayubia National Park; the livelihoods of the locals were threatened along with the biodiversity of the region. 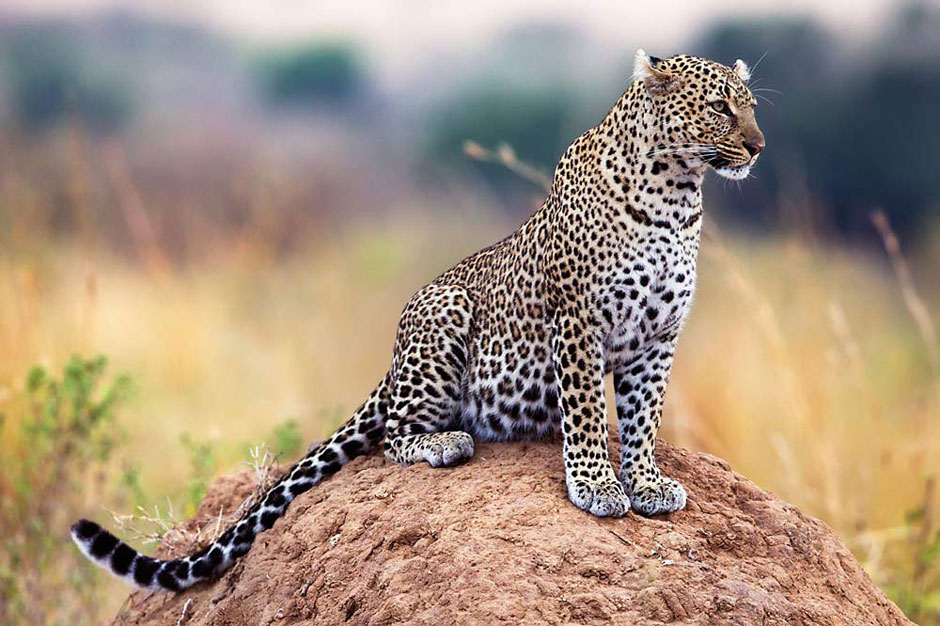 A nocturnal hunter, with small ears, long whiskers and powerful jaw muscles; the common leopard preys on domestic animals in addition to wild animals such as foxes, wild boars and Rhesus monkeys.

Although protected under all provincial laws the common leopard is critically endangered in Pakistan. It is frequently found in Ayubia and contiguous forest areas of K-P and Azad Jammu and Kashmir. 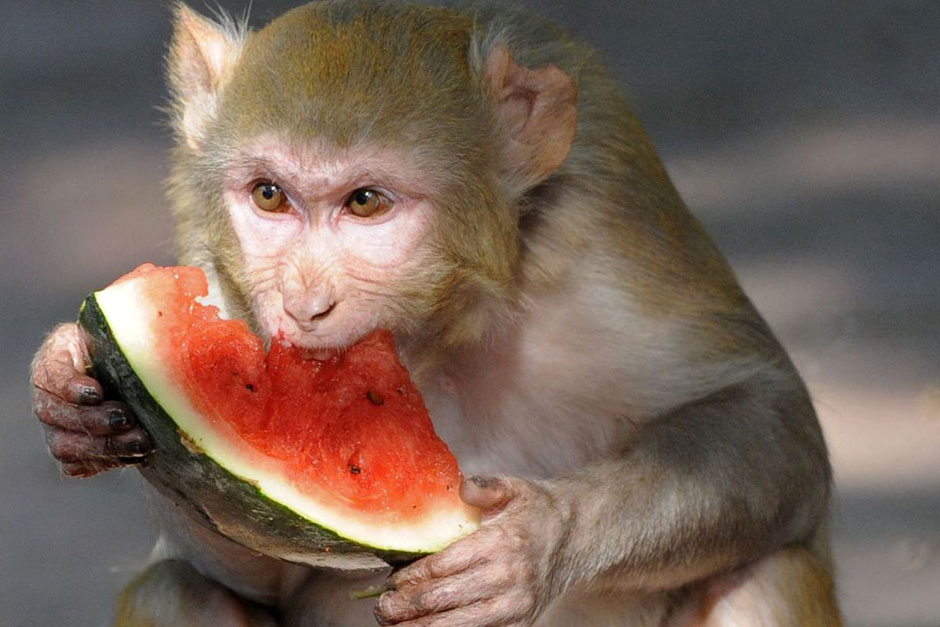 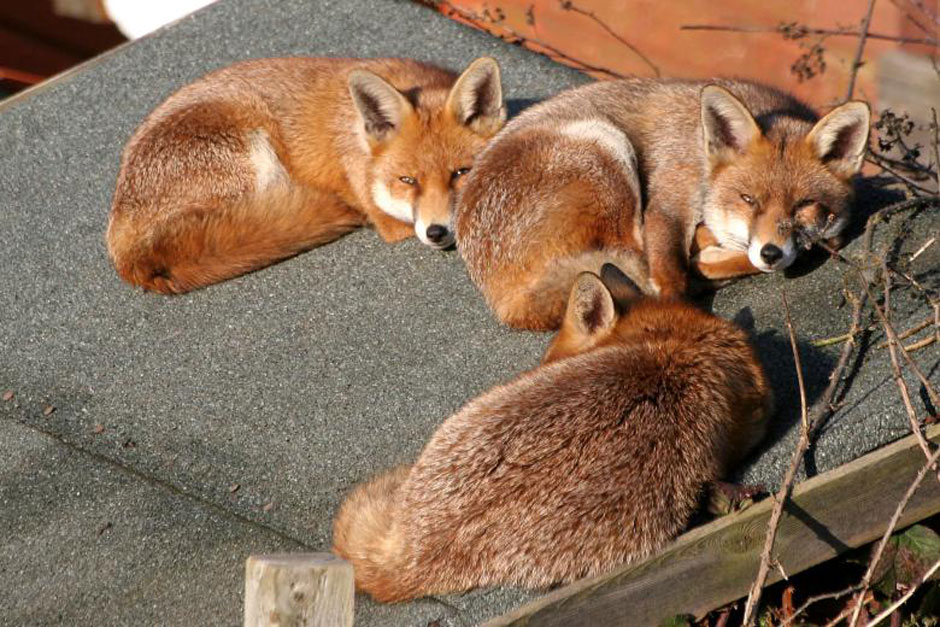 Frequently spotted in Ayubia, Red foxes have a very wide recorded habitat. They can survive in arctic and sub-arctic regions as well as deserts and forests. They are lone hunters who prey on rodents, rabbits and birds among  other wild animals. They also feed on fruit and vegetables, fish, frogs and worms.

Native to Pakistan and India, Murree vole is a  nocturnal, crepuscular, herbivorous rodent. It’s common habitat is temperate forests such as the Ayubia National Park. It has a very wide assessed distribution in the area. (Molur et al. 2005). 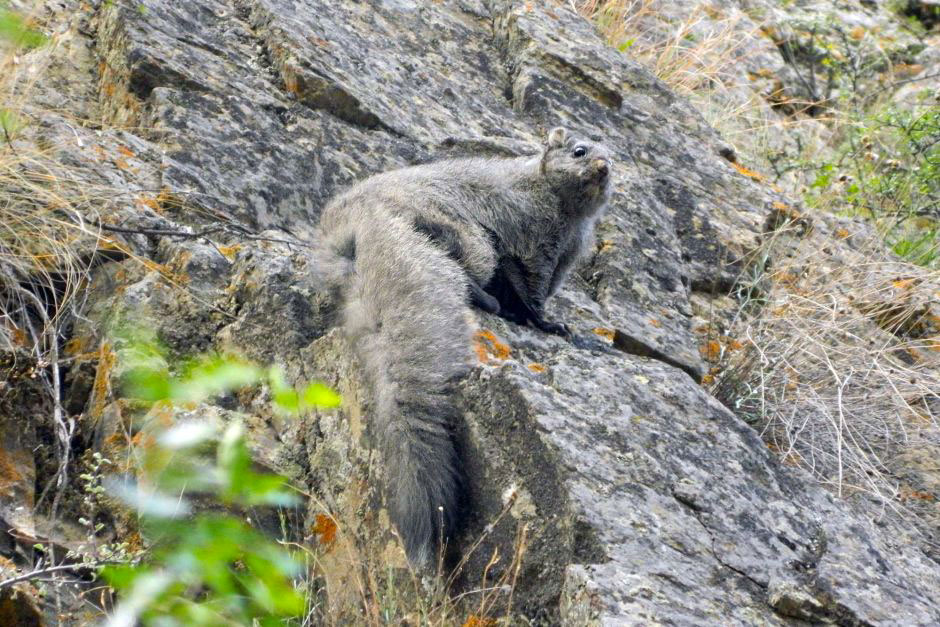 Woolly flying squirrel (Eupetaurus cinereus) was once thought to be extinct. However surveys confirmed the presence as well as a sustainable population of this species in the northern areas of Pakistan. Data gathered by International Union for Conservation of Nature (IUCN) suggests that the species is endangered and has suffered a 50 per cent reduction in population in the last ten years. (Hasan 2008, Rao and Marwat 2003)

Habitat destruction is the most immediate threat to the survival of the woolly flying squirrel according to the The Wildlife Conservation Society Pakistan. It is highly dependent upon pine needles in its diet (Zahler and Khan 2003) 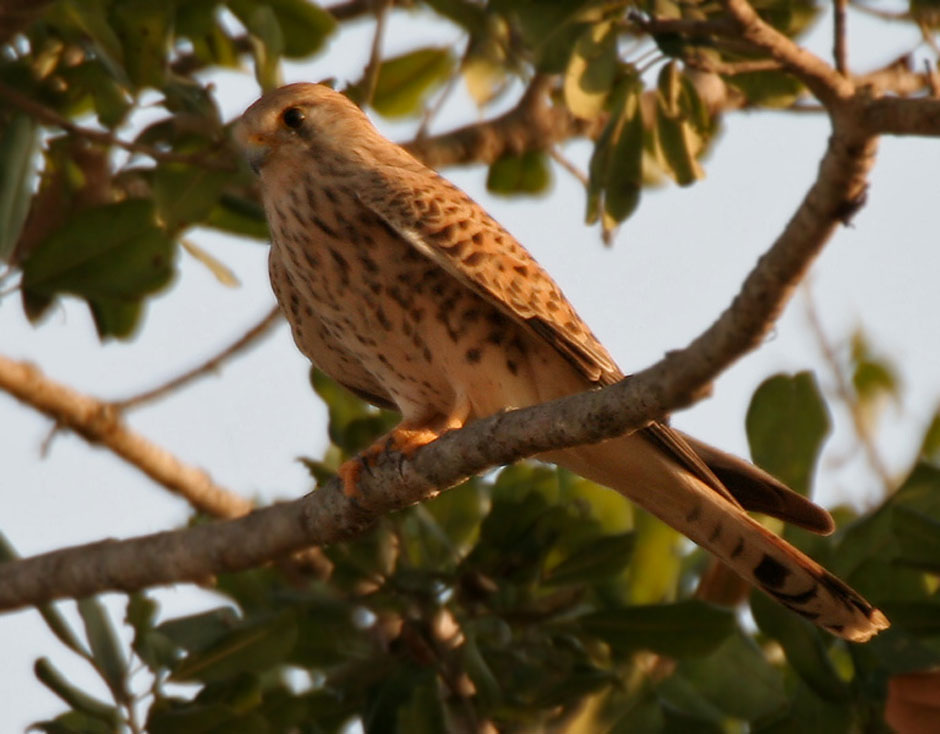 13-15 inches from head to tail, Kestrels are a birds of prey species that have an extremely large range. 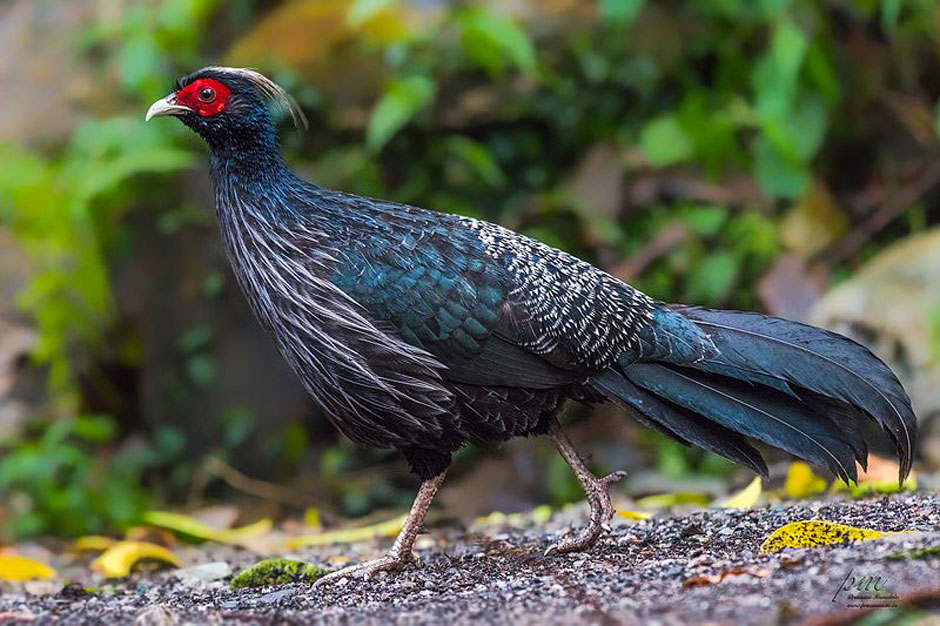 Kalij pheasant is native to Pakistan, India, Bangladesh, Bhutan, China, Myanmar; Nepal and Thailand. It is commonly found in forests and thickets, especially in the Himalayan foothills. Although three of its eastern subspecies are threatened, the Kalij pheasant is not considered vulnerable according to Birdlife International. However the population is declining due to habitat destruction/degradation and hunting. (del Hoyo et al. 1994).

Found in Ayubia, Koklass pheasant is native to Afghanistan, China, India and Nepal besides Pakistan. The species is decreasing in population due to habitat degradation and fragmentation resulting from pasturing and cutting of understorey to fulfill firewood requirements. (del Hoyo et al. 1994).

The forests of Ayubia and why they matter

Forests are home to eighty per cent of the world’s terrestrial plants and animals. Millions of species risk losing their habitat due to deforestation. Chir pheasants are already extinct in Pakistan due to shrinkage of chir forests. Musk deer and the black bear are also on the verge of extinction in the country due to forest degradation and loss.

Forests also play a crucial role in mitigating climate change. Trees soak up carbon dioxide and other greenhouse gases from the atmosphere that contribute to negative changes in climate. According to a study conducted by NASA in 2014, “tropical forests absorb 1.4 billion metric tons of carbon dioxide out of a total global absorption of 2.5 billion”. Further the study revealed:

“Forests and other land vegetation currently remove up to 30 percent of human carbon dioxide emissions from the atmosphere during photosynthesis. If the rate of absorption were to slow down, the rate of global warming would speed up in return.”

Not only that, forests also protect our watersheds. They reduce stormwater runoff via infiltration and deescalate downstream flood flows that erode stream channels and are harmful to plants, animals and people. Forest cover alongside streams filters sediments during storms and contribute to stream health by removing nitrates and phosphates as well as pollutants from soil and water.

This is the tree that gives us Chilghoza seeds, widely consumed in winters throughout Pakistan. Native to Pakistan, India, Bhutan, Nepal, China and Afghanistan, the Blue Pine is a striking coniferous evergreen that can grow up to 50 metres tall, but is usually 10 to 30 metres in height. The branches of this tree are covered in blue-green needles all year round. Blue Pine is a common species listed as stable by IUCN. 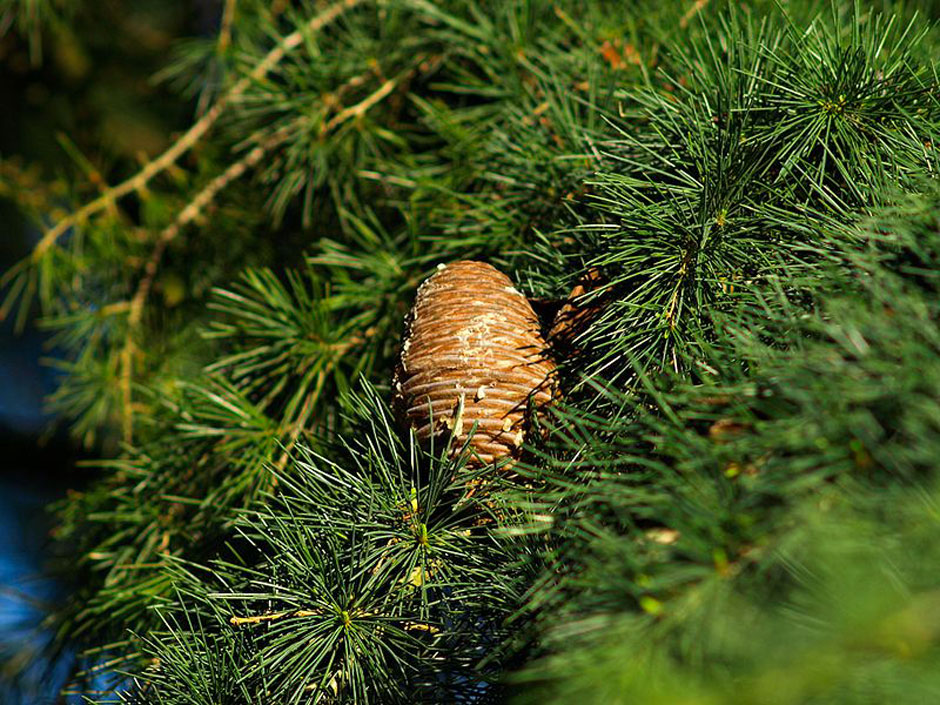 Locally known as Deodar, Cedar is the national tree of Pakistan. It is also known as the Deodar cedar and the Himalayan cedar. A chief timber tree in the region; its wood is used in construction as well as furniture and Carpentry. Although it is currently listed as a Least Concern species by IUCN, deforestation and forest degradation may pose local threats to its population in Pakistan.

Usually a prominent tree in stands Fir tree also occurs with other broad leafed conifers. The species has suffered a population decline of 25 per cent in the past three generations according to IUCN. This tree is therefore listed as Near Threatened approaching Vulnerable A2.

Another endangered species, Yew forests are listed as endangered by the IUCN. Himalayan Yew has undergone a major decline within the last 25 years and the trend is ongoing. The wood from the Yew tree is commonly used for construction of houses and furniture. Local communities also use the wood for grave covering and as fuel.

A project by WWF

WWF-Pakistan has a few projects in the Western Himalayan Eco region. Keeping in line with Pakistan’s National Climate Change Strategy which calls to “promote integrated watershed management including ecological conservation practices in uphill watersheds”, In 2008 WWF initiated a programme titled: Improving Sub-watershed Management and Environmental Awareness in and around Ayubia National Park.

Supported by Coca-Cola Foundation the project aimed to improve the ‘sustained flow of clean water in the region thereby conserving its biodiversity.The project’s efforts have been greatly appreciated by the beneficiaries and partners.

The project mobilized the community and helped spread awareness about the significance of forests. To control landslides and protect streams and gullies from erosion the project treated landslides and land slips with bioengineering measures and constructed live brushwood check dams, flood control spurs, gabion check dams and improved vegetation cover by 4.62 per cent.

It also introduced measures to reduce pressure on existing forests by providing fuel efficient stoves to some houses, solar water heaters and introduced the use of concrete RCC slabs in graves instead of the wood obtained from Taxus wallichiana. Taxus wallichiana is now being protected and annually five trees have been saved in 10 villages according to estimates.

To address the issue of water availability, the project initiated water harvesting and waste management campaigns. The project has contributed to the overall health of the watershed by improving the livelihoods of people via training on agricultural practices, provision of fruit and vegetable plants as well as by establishing improvised pipe irrigation schemes.

Further, the project has been able to replenish 215.06 million litres of water annually.

Local, Abdul Shakoor, an activist says “Our mountains are beautiful, it is our duty to protect them. We will continue collaborating with locals and the government to protect our region.”

The residents of the area hope that the government will further help the region by introducing water schemes, subsidised LPG; to be used in stoves and a system for vaccination of livestock.

Government projects such as the ‘Billion tree tsunami’ have proved to be a triumph. In just a year it added three-quarters of a billion new trees, as part of a “tree tsunami” aimed at reversing worsening forest loss.
The project aims to increase K-P’s forest area by at least two per cent. The Billion tree tsunami has been recognised by the Bonn Challenge, a global partnership which aims to restore 150 million hectares of the world’s deforested and degraded lands by 2020. Here’s hoping we will see more.

Will take action against NAB if it interferes in Sindh govt affairs, warns CM Murad