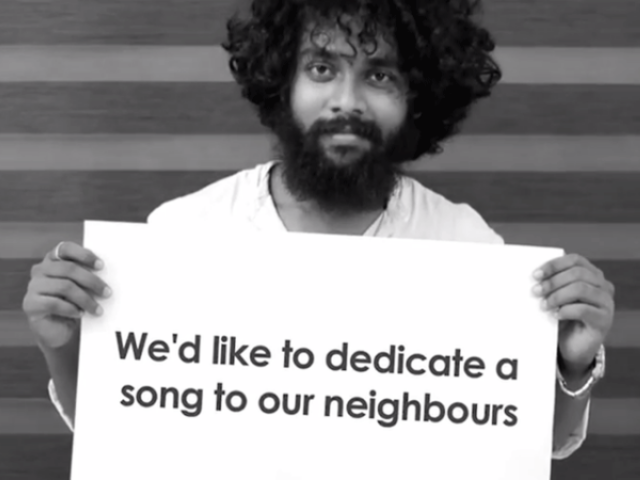 The beginning of the video is as beautiful as the thought. It begins with a message which reads, “This is our way of wishing you, Happy Birthday Pakistan.” The message is followed by members of the band holding placards stating, “This Independence Day, we’d like to dedicate a song to our neighbours. A song about faith, pride and grandeur, of power, progress and perfection.”

The best gift is the one which you least expect, and people from across the world are loving the gesture!