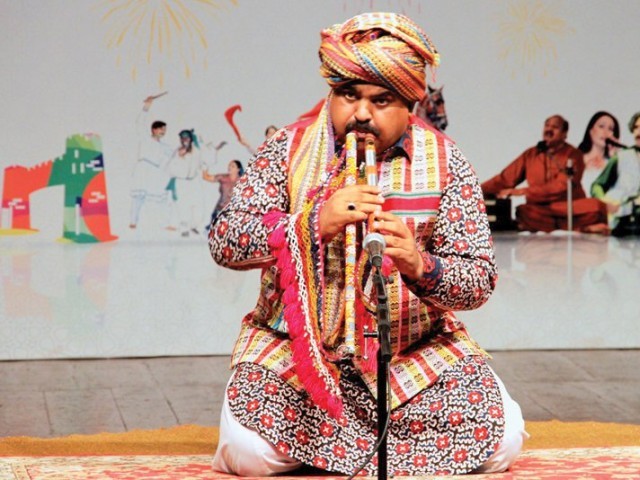 The event includes performances representing colours of Pakistan along with performance by Turkish artists. PHOTO: FILE

ISLAMABAD: Pakistan National Council of the Arts(PNCA) would organize a mega Musical Night on August 13 in connection with the 70th Independence Day celebrations. The event includes musical performances representing colors of Pakistan along with performance by Turkish artists, an official of PNCA said. He said that Pakistani and Turkish singers, instrumentalists and performers will take part in the mega musical night. He said that the event will be held in PNCA Auditorium. He said that top singers from all four provinces including Gilgit-Baltistan and Azad Jammu and Kashmir would also participate in the music night and present famous national songs to entertain the visitors of PNCA.

Azadi Train to chug off on August 12