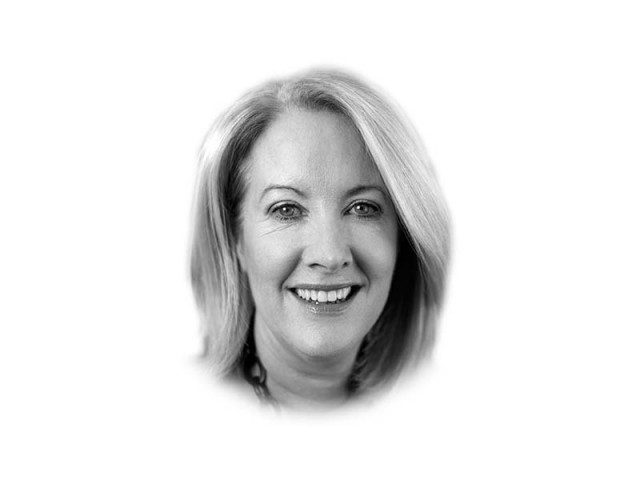 The writer is the Global Co-Chair of the Women’s Empowerment Principles (UN Global Compact), and Special Adviser to UN Women on Private Sector Engagement. She is Australia’s former Sex Discrimination Commissioner, a businesswoman and board director. The ‘Economist’ magazine listed her in 2015 as one of the World’s Top 50 diversity figures in public life

One of the world’s greatest emerging markets is closer than we think. Women are the world’s most powerful consumers, driving three quarters of global consumer purchasing. As a result, businesses around the world are rapidly adjusting the way they work.

As consumers, women’s expectations about the social and environmental standards of the products they buy matter. This in turn is increasing pressure on exporters and investors everywhere to change the way their businesses operate. Companies are increasingly looking to recruit, retain and promote women: with a view to boosting their brand reputation, competing for the best skilled workers and better understanding consumer demand. In Pakistan, despite low rates of women’s employment overall, many leading companies have embarked on a serious effort to bring in a new generation of talent: young women. And there are today some excellent examples of Pakistani companies — large, medium and small — led by women.

In Australia, like Pakistan, we are proud of the gains made in girls’ education over recent decades. But we’ve yet to see this translate into much greater levels of parity in the workplace. There are three points in the talent pipeline where women are affected disproportionately. Women too frequently either fail to enter, are stuck in the middle or locked out of the top. One contributor we share across the globe is that women still face the lion’s share of domestic work at home. And when they do gain jobs, they remain over-represented in low-level or insecure positions, often in low-paid industries. This is a common picture the world over.

Despite the economic and business case for women’s employment becoming ever clearer, the slow pace of change means that equality remains a distant goal. Accelerating the pace of change, in all our countries, will require innovative and disruptive solutions.

For too long, the responsibility for making progress on gender equality has sat exclusively on the shoulders of women. Yet, the reality is that in most countries men largely occupy the seats of power and therefore they are a critical part of the solution. We need influential men to step up beside women so that promoting gender equality and women’s leadership becomes everyone’s business.

In 2010, I started the Male Champions of Change initiative. We formed a group of powerful male leaders from the private and also the public sectors to take practical action and to be accountable for making progress on gender equality in their own companies and beyond.

The importance of leadership from the top in achieving organisational change is well-established.

Male Champions of Change commit publicly to real, tangible action. They challenge each other to be accountable for their commitments. They take a listening, learning and ‘leading through action’ approach. This means that they listen within their organisations and partner with leading women’s organisations to ensure they are deepening their understanding of gender equality issues. They experiment, learn, set targets and measure progress.

Today the Male Champions of Change group includes 160 male leaders, including the heads of iconic Australian companies such as Telstra, Rio Tinto, Commonwealth Bank and Qantas, as well as of major sporting leagues, the army and federal police. Together these organisations employ around 600,000 people, or five per cent of Australia’s workforce.

The UN has highlighted the initiative as worth global scaling, and the prime minister of Japan led the establishment of a similar group in 2014 — now numbering over 100 Japanese CEOs and companies.

Leading businesses in Pakistan are increasingly focused on attracting more women into the workforce. In order to retain these women, they are changing their business culture and practice. I look forward to hearing about the innovative solutions adopted by CEOs in Pakistan designed to create inclusive workplaces to attract and retain women and support their careers. Solutions such as women-only factory floors, flexible shifts to support employees to balance family responsibilities, childcare at the workplace, targeting and training rural women as suppliers and distributors, and, importantly, ensuring women’s safety at work, as well as on their commute.

Gender equality and women’s economic participation are not women’s issues to be addressed by women alone. We all benefit from a more equal world.

The Australian government is sponsoring Elizabeth Broderick’s visit to Pakistan, India and Sri Lanka from 5-17 August. She will meet with business leaders to discuss their efforts to advance gender equality, and share her experience both from Australia and globally.