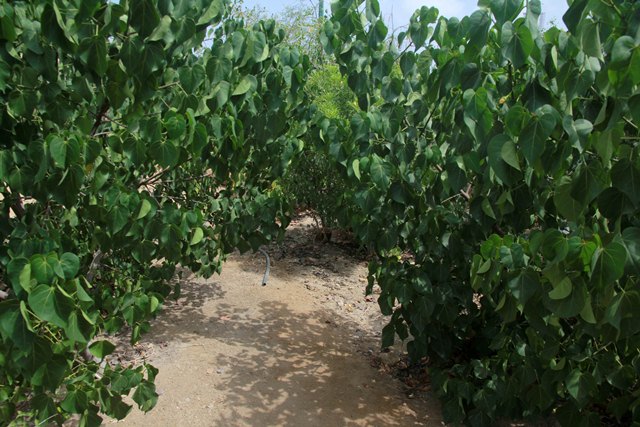 The forest is modeled on one created by Indian eco-entrepreneur Shubhendu Sharma. PHOTO: EXPRESS

KARACHI: The satisfaction of having achieved his goal reflected in Shahzad Qureshi’s face as he gazed at the trees he planted some 20 months ago.

Inspired by Indian eco-entrepreneur Shubhendu Sharma, whose company develops native and urban forest in cities, Qureshi immediately decided to implement the idea in Karachi in a park adjacent to Neher-e-Khayam in Clifton Block 5. Almost two years later, 95% of the saplings he planted are growing into healthy trees.

The forest is now 20 to 25 feet dense and it is almost impossible to freely move inside it due to its verdure of differing heights and sizes. The forest now also attracts different kinds of birds, insects and worms, which makes it bio-diverse. Colourful butterflies have also been spotted fluttering about.

The recent rain has also left its mark on the forest, as the lush greenery coupled with untamed foliage makes it seem like a true mini-forest.

The trees planted at the urban forest are neem, peepal, keekar, anaar trees, fig trees, sheesham, guavas trees, almond trees, kanair and gulmohar, among others and have grown 15 to 18 feet tall.

Qureshi shared the details of how Sharma assisted him in building this forest. He said Sharma practices Miyawaki methodology to plant forests, which help grow them 10 times faster than usual. He has played an integral role in growing more than 100 small-scale forests in different parts of India, Singapore, the Netherlands and the United States in homes, at schools and at factories to improve air quality and increase biodiversity. 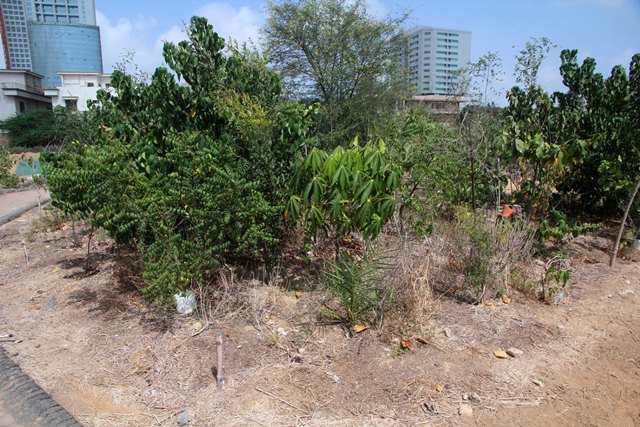 The government should also invest in such projects, according to environmentalists. PHOTO: EXPRESS

Qureshi then contacted Sharma and invited him to Pakistan to work on a collaborative pilot urban forest project in Karachi, as more than 1,000 people lost their lives during the heatwave in 2015, which was largely due to the lack of greenery in the city. Sharma visited Pakistan in November, 2015 and worked on the project with Qureshi.

According to Qureshi, he planted around 1,280 plant sapling of 45 different species in an area of 400 square-yards and almost all of them were native to the environment. He, however, added that some of the plants, which include lemon and mango trees, were not successful as the area is very close to the sea and the soil is different from other parts of the city.

Explaining his future plans, Qureshi added that many housing developers and non-governmental organisations have contacted him to build more urban forests to create a better environment and for now he is working on an area of 1,800 square feet in a housing society in Lahore.

Sindh budget neglects the environment, even on World Environment Day

“I am fond of improving the environment as an individual, where as my services are available for anyone if they need my assistance. I would love to work [on helping others save the environment] since working for the environment satisfies me,” added Qureshi.

He shared that he plans to expand his 400 square yard forest to the total area of the park. The whole park will then be turned into a dense forest.

Putting weight behind his idea, Qureshi said that the idea of an urban forest can be very successful for the city, as there are still vacant spaces and huge parks left with poor foliage. Therefore, trees should be planted instead of replanting grass in these parks again and again, he said. He said that on a larger scale, such ideas can only be implemented by the government as they require huge amounts of funding. Nonetheless, we will continue to participate and do our bit to improve the city’s environment. 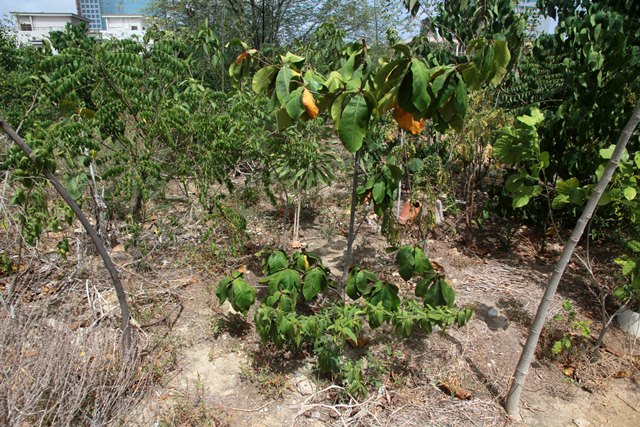 The trees have grown to up to 18 feet in height. PHOTO: EXPRESS

Saad added that it is good that at least some people are still concerned about climate change and the environment. We, as a society, need to support people like Qureshi and promote his ideas, which will eventually help the city and its citizens.

Environmentalist Professor Dr Zafar Iqbal Shams was also impressed by the idea of planting diverse trees in a small area. He explained that by adopting such ideas and with the government’s support, a drastic change can be brought about to the worsening state of climate and environment in the region.

Dr Shams said that if someone has implemented this idea and it has turned out to be successful then it is the duty of the government officials concerned, including the environmental protection agencies and municipal authorities, to adopt similar ideas of planting and turning local parks into urban forests.

Criticising the policies of the government towards horticulture, Dr Shams said previously municipal authorities built huge parks that lacked trees, which are a major part of any park.

He added that instead of planting trees, shrub-like cornocarpus was planted, which is not even considered a tree by environmentalists. He said that along with this shade-less plant, the authorities preferred planting lush green grass which requires a lot of time, hard work and funds.

Dr Shams explained that neither the grass nor the cornocarpus help absorbing carbon dioxide, therefore the government should adopt this idea of planting more native trees in parks, rather than spending money on grass and cornocarpus.