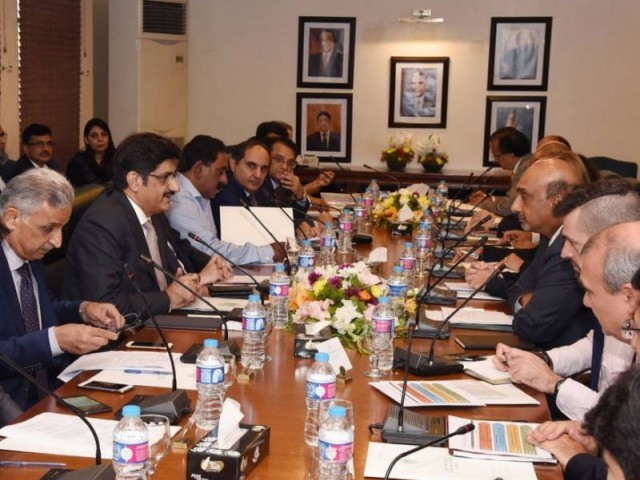 A MoU was signed between the Sindh Energy Deparment and K-electric to use solar power at the CM house. PHOTO: RADIO PAK

Speaking at a seminar on “Pakistan Solar and Renewable Energy Programme” organised by the World Bank at a hotel in Karachi, Shah said efforts were being made to utilise Sindh’s energy potential to overcome the power shortage in the country.

He added that solar energy can produce 10 gigawatt, 130 megawatt through Hydro-electric plants while 1000 megawatt and 500 megawatt electricity can be generated from bagasse co-generation and waste. He claimed the province was already producing 70 per cent of the gas requirement.

In his speech, the Director of World Bank Patchamuthu Illangovan observed that the Gharo and Jhimpir Wind Corridor was producing 785 megawatt electricity while work was under way on nine other projects of 450 megawatts.

An MoU was also signed between the Sindh Energy Department and K-electric to use solar power at the CM house.

Illegal receipts not cause for disqualification: SC