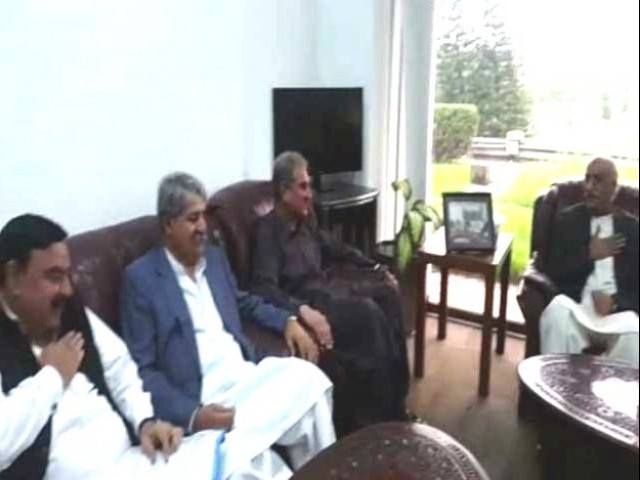 The parliamentary leaders of opposition parties in their meeting on Monday failed to agree on a joint candidate for the prime minister’s slot.

Before the meeting Shah Mehmood Qureshi and Sheikh Rashid separately met with Khursheed Shah. However, they were unable to address the PPP’s reservations over PTI chief Imran Khan’s statements against its party leader Asif Ali Zardari.

The opposition parties will hold another meeting on Tuesday to try to reach a consensus on a joint candidate.

The PTI has proposed the name of Sheikh Rashid Ahmed as opposition candidate in the August 1 election for successor of Nawaz Sharif who was disqualified by the Supreme Court on Friday from holding any public office.