In more than one way, these could have shaken the world of profes­sional wrestl­ing
By Rahul Aijaz
Published: July 31, 2017
Tweet Email 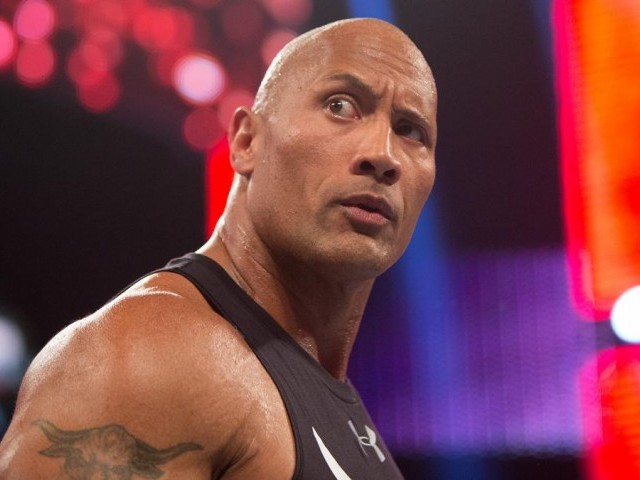 KARACHI: As kids, it was always fun to come up with imaginary matches and have your action figures fight. Kane vs The Undertaker, The Rock vs Stone Cold, Hulk Hogan vs The Rock, Triple H vs Shawn Michaels, were all iconic matches and rivalries that we witnessed at one point in time or other. Yet, our minds never stopped fantasizing. There are always dream matchups which somehow, through chance or not, just don’t happen. The Express Tribune looks at five WWE dream matches that would have shook the world of professional wrestling… if only they had happened.

1) The Undertaker vs Sting

Much has been written and talked about this match for years. It’s probably even a redundant entry in the list because it’s so obvious. But then, no list of dream matches is complete without mentioning Undertaker vs Sting. It’s an atrocity of the highest level that this match never took place. Back after WWE bought out WCW, Sting chose not to sign with WWE. When Sting eventually joined the company a few years ago, WWE chose to put him up against Triple H and then finally Seth Rollins in the match that injured him and forced him to retire, instead of giving the fans the true once-in-a-lifetime match they craved. Now that even Taker may have called it quits, it’s too late for this match to ever happen.

2) Shawn Michaels vs The Rock

It’s mindboggling, right? You say you’ve seen them compete, right? No. Not in a one-on-one singles match. Several sources suggest there was bad blood between Rocky and Heartbreak Kid. And then, just when The Rock emerged as a top tier, main event talent in the late 90s, Michaels got injured and was out for four years, consequently halting any plans for the matchup at all.

This is a personal favourite. The loudmouth, beer-drinking, glass-smashing, boss-beating, redneck Stone Cold Steve Austin versus the anti-authority, pipe bomb-dropping, Chicago-made straightedge CM Punk – if that’s not a dream match, I don’t know what is. If it had ever happened, it handed WWE a naturally crafted story that they didn’t even have to work hard on. Back in the early 2010s, there was so much hype for this match that everyone thought Austin might just come back out of retirement for this one match, but that didn’t happen. Punk eventually quit WWE and now we’re left with old WWE 2k games to recreate and play our fantasy match.

Following Punk leaving WWE, Daniel Bryan was the biggest star in the company. No one could touch him in terms of popularity. After Punk, he carried the flag and helped open doors for wrestlers from other promotions to join WWE. Current WWE star Shinsuke Nakamura was one of those names. Anyone who has followed Nakamura’s career in New Japan Pro Wrestling (NJPW) knows he is pound for pound one of the top wrestlers on the planet right now. Interestingly, Nakamura and Bryan were once roommates and even trained together. With the former gaining more steam, it was Bryan’s wish to face him in a WWE ring. Sadly, by the time Nakamura joined WWE, Bryan had succumbed to injuries and had to retire from in-ring competition. Although Bryan is the GM of SmackDown Live where The King of Strong Style wrestles, The leader of YES! Movement isn’t cleared to compete. Nevertheless, imagining two of the best wrestlers in the world battling it out in a friendly match still gives us goosebumps.

I believe this match had the potential to perhaps even top Undertaker vs Michaels at WrestleMania 25. Michaels, often considered the greatest in-ring talent ever, would need no other story to come out of retirement and step up to AJ Styles, who is equally good in the ring as Michaels ever was. Like Nakamura vs Bryan, this match could’ve been a technical masterpiece, a masterclass in psychology, aggression and just pure wrestling. Interestingly, Michaels was even approached by the WWE brass for a match against Styles at WrestleMania earlier this year, but he refused. Guess the Heartbreak Kid actually broke our hearts by not accepting this match.