'Accountability must not stop with Nawaz'

'Accountability must not stop with Nawaz' 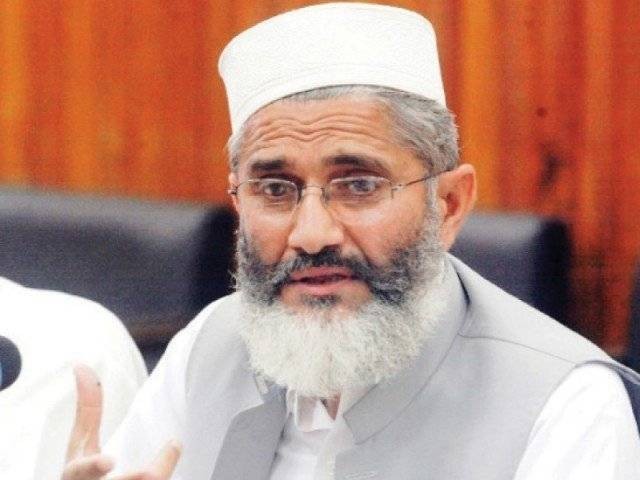 RAWALPINDI: A day after prime minister Nawaz Sharif was disqualified by the Supreme Court in the Panama Papers case, the Jamat-e-Islami (JI) have called for the process of accountability to be expanded to other politicians.

Nawaz could have faced imprisonment

Addressing the “Youm-e-Azm” rally on Murree Road in Rawalpindi on Saturday, JI Chief Sirajul Haq said that the Supreme Court should devise a comprehensive mechanism of accountability, as he presented himself for accountability.

“It will not be a big sacrifice if 6,000 corrupt people go to jail for the betterment and bright future of 200 million people of Pakistan,” he said. Haq said that the JI wanted to see Pakistan corruption free besides apart from providing basic amenities and services such as clean drinking water, jobs, justice, education, medical treatment and employment to masses.

“The rulers deprived the country of the two-nation theory,” he said, adding that corruption of politicians had become a barrier to development and prosperity.

He added that highly qualified youngsters had been forced to commit suicides due to spiralling unemployment while siblings of rulers were living luxurious lives abroad.