From celebrations to tears, nation reacts to Nawaz's disqualification

From celebrations to tears, nation reacts to Nawaz's disqualification 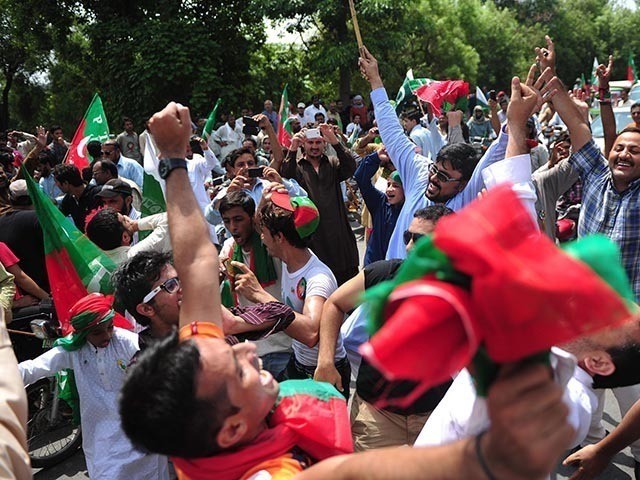 Twitter was divided on Friday as the Supreme Court disqualified Prime Minister Nawaz Sharif from office after a damning corruption probe into his family wealth, cutting short his third stint in power.

The Supreme Court dismissed Nawaz after an investigative panel alleged his family could not account for its vast wealth. “He is no more eligible to be an honest member of the Parliament, and he ceases to be holding the office of prime minister,” Judge Ejaz Afzal Khan said in court.

From supporters of Pakistan Tehreek-e-Insaf chief Imran Khan crediting him for Nawaz’s disqualification as he led the chorus against him to mournful PML-N supporters and people calling for accountability of all, here’s how Twitter reacted to the judgment:

21 years of struggle for Justice has succeeded today.
It is a new dawn!
Imran Khan, the nation salutes you for your resolve!#انصاف_کی_جیت pic.twitter.com/ep0uxYy6uY

Life time disqualification for Nawaz says Attorney General. This is big but highly debatable as well.

Two german journalists and a dogged opposition did in under 2 years what a Commando could not do in a decade: End Nawaz's political career.

Wow. The Nawaz dynasty comes to an end. And to think he potentially could have lived to fight another day had he resigned early on. https://t.co/WoUmqVrBnA

Pakistan is relieved to see the back of #Sharifs. Assembly session must be called to get the system going. #Longlive democracy #JiyeBhutto

Disqualification of elected PM less alarming than use of Zia's article 62 & 63. Opens the floodgates to wholesale purge of political class

Pakistan wins today. It is the victory of people. The nation is indebted to the SC judges who gave this historic verdict. #PanamaVerdict