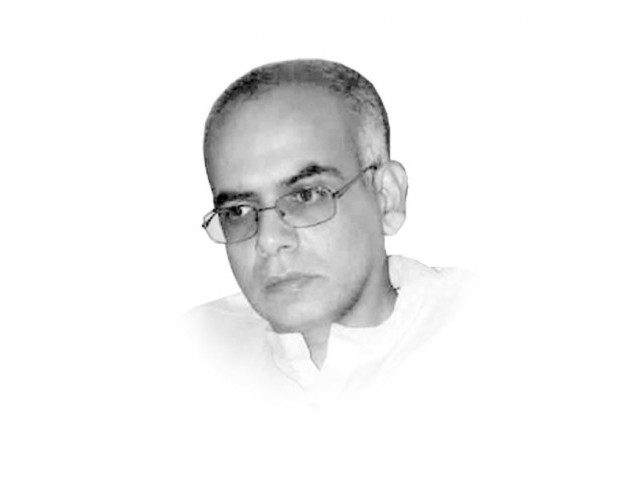 The writer is a development anthropologist. He teaches at George Washington University

Some months ago, internet browsing Pakistanis witnessed a social media uproar over the alleged ill-treatment of workers producing clothes for a popular local brand. Many seemed genuinely shocked to hear that their favourite clothing brand may be treating its workers rather shoddily. However, this is not a standalone incident concerning a specific brand. The problem is much deeper and pervasive.

For its part, the local brand in question tried its best to deflect blame. The company pointed out that it was primarily a retail brand, which produced only a small proportion of what is sold in its stores, while most of their products are outsourced. Outsourcing is quite a convenient scapegoat for not only the brand in question, but for most brands around the world.

The fact that workers are exploited by outsourced producers enables companies to conveniently shrug off responsibility of working conditions. Similar deflective strategies have been employed by major corporations, including Nike and Apple, when they are confronted with accusations of workers being abused while producing their products in developing countries.

Nonetheless, the above-mentioned social media campaign did draw needed attention to the broader issue of workers’ plight in the supply chains of domestic and international textile products. There is a growing number of voices which place their faith in the idea of consumers being able to influence production practices. Consumer consciousness has led fair trade and eco-labelled products becoming more readily available in supermarkets across the developed world. Yet, the idea that big brand producers can be compelled by ethically conscious consumers to ensure that their products are sourced from facilities where workers are provided decent wages, and where environmental damage is minimal, remains a tall order. The idea is problematic since it needs discerning consumers who not only have enough information about product sourcing, but also the extra cash to purchase a product which is more ethically produced. Moreover, the idea of ethnically labelled products has not really caught on across most of the developing world.

At least with growing internet access, social media has emerged as a more readily available tool for a limited number of tech-savvy consumers in developing countries to also voice their concern about how products they consume are being produced. However, the accessibility of such vigilance is both limited and restricted, given that the internet is hardly a platform utilised by disenfranchised workers to highlight their own concerns.

International and national standards to address supply chain exploitation remain mostly ineffective at present. Manufacturers in countries like our own, often complain about the cumbersome compliance mechanisms demanded by foreign brands. Yet, both big brands and their local producers find it easy to camouflage or ignore worker exploitation. In the production of surgical instruments for export, for example, most of the unsafe working conditions are found not within factories themselves, but in outsourced informal workshops which employ under-aged and underpaid workers, without any heed to occupational safety. There are even more blatant cases of neglect. Consider, for instance, reports of how a social audit firm gave a clean chit to the Karachi factory, producing garments for a German brand, just weeks before the tragic factory fire in Baldia Town.

Consumer-led social media campaigns, or more discerning consumer purchasing habits, will not be enough to make complex and increasingly flexible production processes behind major brand products more benevolent towards its workers. Ultimately, it is not the responsibility of consumers to ensure worker rights, or even to ensure environmental sustainability. Such outcomes require much broader efforts such as the implementation of labour and environmental laws, better labour inspections, regularisation of the informal sector and encouraging workers’ unionisation, which must be promoted more assertively by governments and relevant international agencies, like the WTO and the ILO.