Police say the cleric was return­ing home after offeri­ng mornin­g prayer­s when he was target­ed
By News Desk
Published: July 26, 2017
Tweet Email 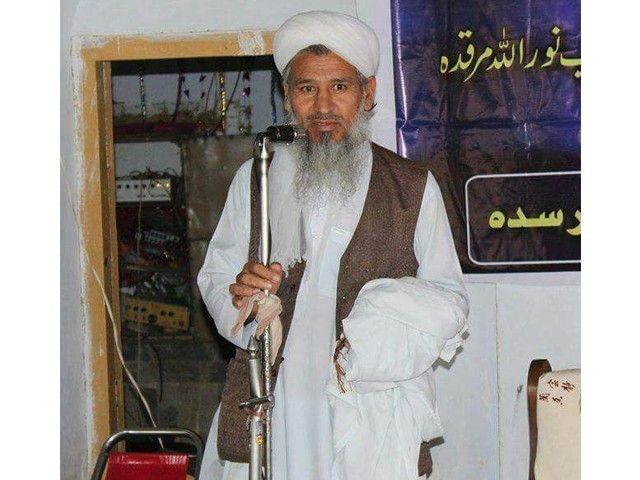 Police say the cleric was returning to his home after offering morning prayers in the mosque when he was targeted.

The cleric was returning home after offering morning prayers in a mosque when he was targeted, local police said. Nawaz was the founder of and a teacher at Jama-e-Muhammadia in Matta Mughal Khel area of Charsadda.

Immediately after the incident, the cleric’s followers took to the streets and protested against his killing. The protesters also blocked a major road in the area.

Nawaz’s funerals will be offered at 6:00pm today.

In February this year, chief of the local chapter of the Khatm-e-Nabuwat Movement (an anti-Ahmadi movement) and JUI-F leader Haji Kaleemullah was killed by unidentified motorcyclist near his home in Charsadda. Police officials termed the incident a case of targeted killing and said that  was killed near his home in the Prang area. They said that the JUI-F man was lured out of his home before being shot dead.