Suicid­e jacket­s were among a cache arms and ammuni­tion seized during an IBO in Duagai area of Tehsil Mamond­
By News Desk
Published: July 25, 2017
Tweet Email 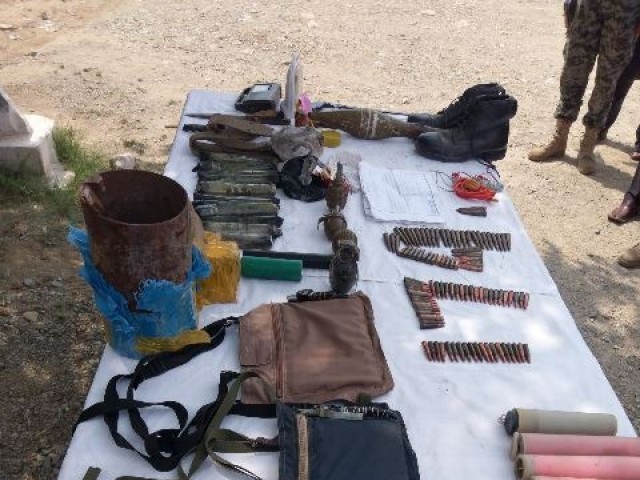 “Concurrent blasts at Kabul and Lahore are testimony of our stance that both Pakistan and Afghanistan are victims of terrorism,” Gen Qamar was quoted by the ISPR as saying.

“[The two countries] will continue to suffer if these actors are able to use Afghanistan territory with impunity,” he added.

Operation Radd-ul-Fasaad, or Elimination of Discord, was launched in February after a sharp uptick in terrorist attacks in the country.