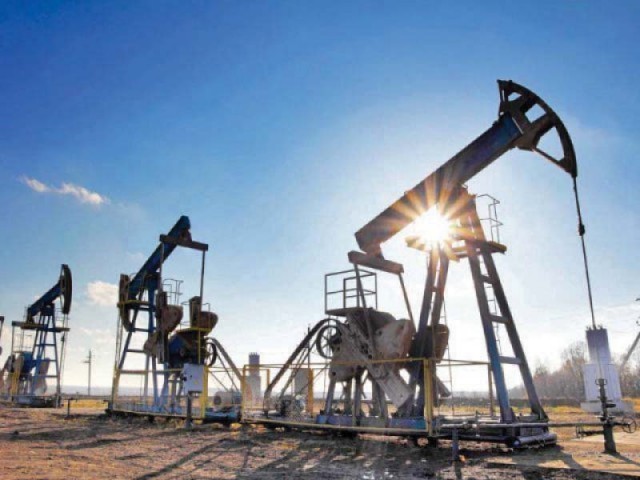 A temporary shutdown of some major fields also affected production as at the start of 2017 oil production averaged 95,000 bpd initially. PHOTO: REUTERS

KARACHI: Fuel oil production in Pakistan improved 3% to 88,189 barrels per day (bpd) in fiscal year 2016-17 (FY17) on the back of additional flows from developed fields and commissioning of new projects, a brokerage house reported on Monday.

“While OGDC’s oil production grew 9% year-on-year, POL and PPL posted a robust increase of 11% each,” Topline Securities’ analyst Nabeel Khursheed said in a report to clients.

The brokerage house said the improvement in oil production followed an 11% drop in output in the preceding fiscal year.

However, the FY17 “production was lower than our expectation of 95,000 barrels per day, mainly due to delay in some key projects and higher-than-anticipated natural depletion of existing fields.”

A temporary shutdown of some major fields also affected production as at the start of 2017 oil production averaged 95,000 bpd initially, he said. During June 2017, oil production rose 10% year-on-year to about 91,000 bpd. On a month-on-month basis, it was up 11% because of a low base effect.

“To recall, Nashpa field (which accounts for 26% of Pakistan’s total oil production) experienced a brief shutdown in May 2017,” he said.

Pakistan’s gas production remained, however, flat in FY17 primarily because of absence of major additional flows and depletion of existing fields.

While OGDC’s gas production numbers failed to cause any excitement, PPL and POL recorded 5% growth each.

OGDC, PPL and POL registered 1%, 7% and 6% growth respectively in their hydrocarbon production levels.

In FY17, the price of Arab light crude – a benchmark for exploration and production companies – averaged $48.4 per barrel in line with the brokerage house’s forecast which was based on projections of the Energy Information Administration (EIA).