In photos released by the Iraqi army after his capture, the man can be seen to have slathered on powder, eyeshadow and lipstick, even adding some beauty spots.PHOTO:MAIL ONLINE

An Islamic State militant tried escape Mosul disguised as a woman, but was apprehended as he forgot to shave off his beard and moustache, Mail Online reported.

The ISIS fighter was trying to get away from the former militant stronghold as Mosul was recaptured, but did not quite get his escape plan right.

Dressed in women's clothes and with elaborate makeup, the bearded man forgot to get rid of his facial hair.

In photos released by the Iraqi army after his capture, the man can be seen to have slathered on powder, eyeshadow and lipstick, even adding some beauty spots.


But the large moustache and beard as well as full eyebrows, rather give it away.

Other photos released by the army show the men in padded bras as they attempt to slip through the net and out of the city.

Mosul's Old City, which once stood as a neighbourhood of densely built alleyways and homes on winding lanes, has been reduced to rubble by a months-long war to root out the Islamic State. 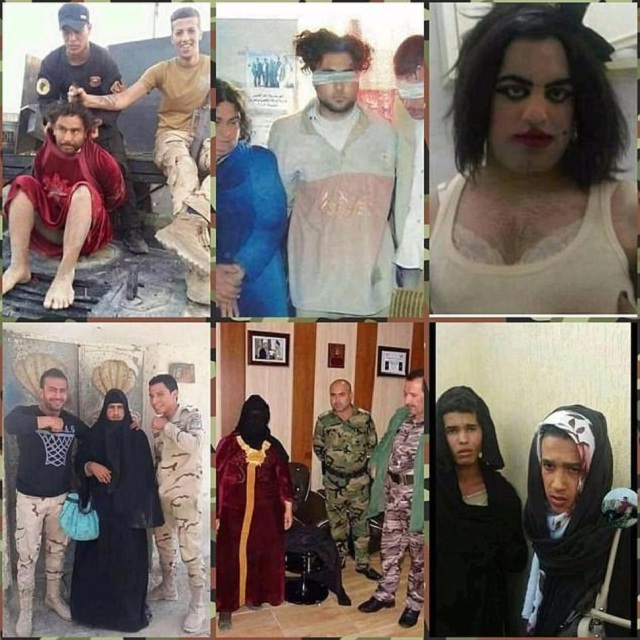 The effect of the battle, which ended as militants made their last attempt to hold on to the region earlier this month, can be seen in stark before-and after satellite photographs.


Much of the city has been levelled, with rubble and dust covering what was once a thriving neighbourhood in the country.

Nearly a third of the Old City - more than 5,000 buildings - was damaged or destroyed in the final three weeks of bombardment up to July 8, according to a survey by UN Habitat using satellite imagery.

Across the city, 10,000 buildings were damaged over the course of the war, the large majority in western Mosul, the scene of the most intense artillery, airstrikes and fighting during the past five months. The survey only covers damage visible in satellite photos, meaning the real number is likely higher.

It took Iraq's US-backed forces nearly nine months to wrest Mosul from the Islamic State group, and the cost was enormous destruction, especially in the western part of the city. Mosul was finally liberated on July 10.

Residents of the city have been left rebuilding their lives from the rubble left from multiple bombings as they use a temporary bridge to get over the Tigris river.

Many people from West Mosul, where whole neighbourhoods were flattened in air and artillery strikes by a U.S-.led coalition, are struggling to pay rent in temporary accommodation. Often they have no work and are running out of funds.


Safwan al-Habar, 48, who has a house in al-Zinjili district, had spent a morning seeking help for a particularly alarming problem - Islamic State had booby-trapped his house.

'Two bombs attached to each other with wire. If you put your leg on it, it will explode,' he said.

Another man, Mirsur Dannon Hassan, 53, said his house had been destroyed in an air strike.

"I don't have a salary. I need help to rebuild it," he said.

He was living in rented accommodation with his wife, five daughters and son in the east but the landlord had just increased the rent from £77  per month to £154.

They said life was miserable under Islamic State which seized Mosul in July 2014 and declared it the capital of a self-styled caliphate spanning parts of Iraq and Syria.

"It was living hell," said 31-year-old Mohamad Zuhair. 'IS denied you everything. You did not have the right to have a phone or wear jeans. I had to have a long beard.'

There were beatings and executions for transgressions. As the fighting worsened, gunmen opened fire on people trying to escape.

The reality of living in Mosul comes as Pentagon chief Jim Mattis said on Friday that he believes IS chief Abu Bakr al-Baghdadi is still alive, following various claims he was dead.