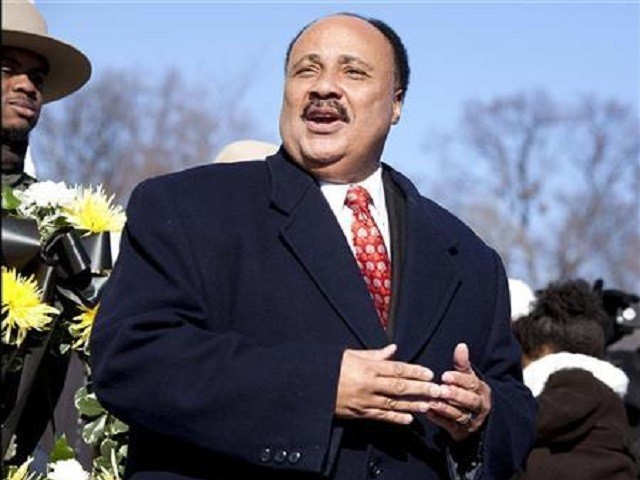 King III compared Indian Prime Minster Narendra Modi to US President Donald Trump by saying that both had little concern regarding the poor and the law and order situation. The Indian government continues to deny claims of intolerance in the country.

“Like Donald Trump’s campaign, the election of Narendra Modi has unleashed a ferocious animosity against minorities. We must find a way to bring together the best minds in the world to find solutions,” said the community activist.

King drew a parallel between his father, Martin Luther King Jr., and Dr B R Ambedkar, by emphasizing their shared ideals.

“It is unfortunate that Dr Ambedkar is not well known outside India,” he said.

Nobel laureate Kailash Sathyarthi said that merely remembering Dr Ambedkar was not enough, as the essence lies in embodying his attributes.

“We must live with Babasaheb inside each of us,” Sathyarthi said.

She pointed out that it was the continuing influence of Dr Ambedkar due to which the latest presidential elections in India involved a contest between two Dalits, Ramnath Kovind and Meira Kumar.

Dr Ambedkar’s grandson, Prakas Ambedkar, said there was a need to revisit the legacy of Dr Ambedkar as social justice has faced neglect in India over the past three years.

This article originally appeared on The Hindustan Times.