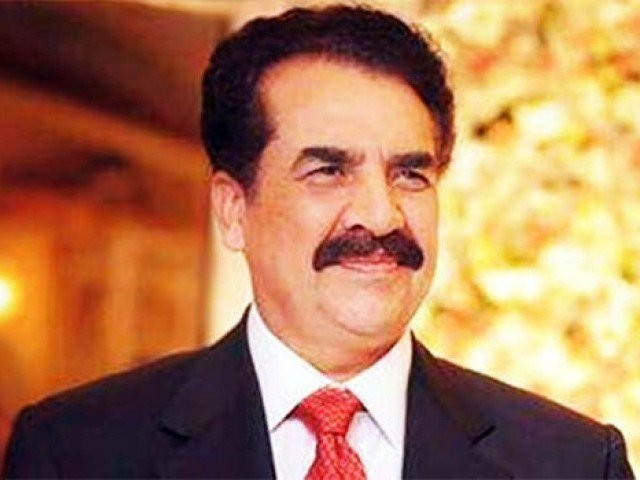 ISLAMABAD: The PML-N government is likely to face another setback – this time on a major foreign policy front, in case Riyadh’s terms of reference (ToRs) of the proposed Saudi Arabia-led military alliance are not in line with Pakistan’s interests.

Opposition parties already wary of government’s move of sending former army chief Raheeel Sharif to Saudi Arabia to lead the 40-nation alliance, warned on Tuesday that parliament would not allow Pakistan to become part of any such coalition, if its ToRs turned out to be not in consonant with Pakistan’s national interest.

On the first day of the new session of Senate called on opposition’s requisition, Sartaj Aziz, the adviser to the prime minister on foreign affairs, in his policy statement, said the government was still waiting for Riyadh to share ToRs of the proposed alliance of Muslim countries, Saudi’s announced to conjure, ostensibly to fight terrorism.

Military alliance not against any specific country, says Saudi envoy

Aziz said ToRs of this proposed military ‘coalition’ were to be discussed and finalised by defence ministers of more than 40 countries, in a huddle which has not taken place yet.

He failed to allay concerns of Senate Chairman Raza Rabbani and members from the opposition benches over the government move to allow the former army chief to proceed to Saudi Arabia as commander of the proposed force whose composition and ToRs were elusive.

“If ToRs are yet to be finalised, how did your former army chief proceed to lead this coalition force. In case its ToRs did not suit Pakistan, what would be your strategy then, would you call back Raheel Sharif,” questioned the Senate chairman.

“There are no troops in this coalition. This coalition is different than the one in the ongoing war in Yemen. As per our information, former army chief is not commanding any force. Probably he [Raheel Sharif] will be working in some advisory role to draft ToRs and how to tackle extremism,” Aziz said, when confronted with a volley of questions by the Senate chairman.

Aziz tried to obfuscate the matter, saying Saudi Arabia had been using services of our retired military officers in the past as well and they had been calling Raheel Sharif for more than a year.

“Those retired officers were of major or colonel level. Here, it is the question of a former army chief of your country. He has all the knowledge of your nuclear arsenal. How can you say, this will not affect your foreign policy,” confronted the chairman.

The long due policy statement of the adviser raised questions over the government’s claimed obliviousness over the proposed Saudi-led military alliance’s matter.

He was supposed to appear before the Senate last month, but due to rapidly changing situation in the Middle East and his busy schedule, he could not make his statement during the last session.

Opposition parties clubbed the matter with their heavily loaded agenda for this session which has been actually called to discuss the situation after Panamagate Joint Investigation Team submitted its report over Prime Minister Nawaz Sharif’s family’s malfeasance.

Taking part in the discussion on ToRs of the Riyadh-based military alliance, Senator Farhatullah Babar questioned whether the premature announcement by Raheel Sharif to not accept any extension in service 10 months before the actual date of retirement without even being offered such extension was intended to assure the Saudis that he will be available for service in the military alliance.

He said that if it indeed was the case then a whole set of new and pertinent questions would have to be answered.

Many will wonder whether this premature announcement about not accepting any extension in tenure was in any way linked to the job in the military alliance waiting in the wings, he said.

About support to the militant groups, he said that the FO was quick to welcome the recent decision of the UN to list Jamaat-ul Ahrar as a terrorist outfit, but on the other hand has been asking China to block UN’s move to sanction Jaish-e-Muhammad, whenever such a move came up before the world body.

Besides Leader of Opposition Aitzaz Ahsen, senators Azam Swati of PTI, Col (retd) Tahir Mashahdi of MQM, Ilyas Bilor of ANP, Usman Kakar of PkMAP, Taj Haider, Sherry Rehman, Sehar Kamran and others spoke on the subject, highlighting failures of the country on the foreign policy front during successive regimes, especially the incumbent government. They warned the government to not become party of any move which could foment sectarian divide in the country.

Adviser Aziz also briefed the Upper House on recent visit of delegation of US Arms Services Committee led by Senator John McCain. The visit was for assessing situation to enhance troops in Afghanistan. He claimed Pakistan conveyed to visiting US delegation that there was no military solution to Afghan issue and there was a need to reactivate quadrilateral mechanism that involved Pakistan, Afghanistan, US and China.

When Rabbani drew attention of the minister for law and justice towards a letter Chief Election Commissioner wrote to him over inordinate delay in passing electoral reforms package, Zahid Hamid said that the meeting of Parliamentary Committee on Electoral Reforms is scheduled for Wednesday (today).

He said it is expected that the penal will approve final draft of electoral reforms package in this huddle. The government will present the draft before the parliament after the panel’s approbation.

Opposition members on Tuesday submitted in the Senate Secretariat a resolution to remove Zafar Hijazi as chairman of Securities and Exchange Commission of Pakistan (SECP). Hijazi is facing charges of tampering the record of Sharif family to favour them.

“This house recommends that the chairman of SECP be removed immediately from his office after registration of FIR against him on the orders of the honourable Supreme Court in light of recommendations of JIT, Panama Case,” read the draft of resolution signed by 40 senators. The move would further intensify pressure on the already beleaguered government.